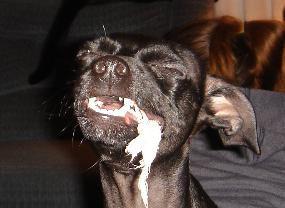 Here and there, ideological opponents of recent reforms to improve elementary and secondary education in Louisiana seem to have gone foaming at the mouth over revelations that the administrator responsible for implementing them is … well, implementing them.

The shakedown cruise that begun after the legislation became law, with a compressed timeline because the changes are to go into effect this school year, exposed areas of needed clarity and supplementation. One such matter involved assessing whether schools involved in the scholarship voucher portion of the change had the capacity to handle the number of slots they could fill with students qualifying as initially authorized by the state.

Because of the tight time schedule, notifications went out to the schools on the basis of paperwork submitted. Then the Monroe News-Star published a piece that took a look at one of the dozens of schools accepted into the program that cast doubt upon its institutional ability to educate adequately the maximum number of students authorized under the program.

Political opponents seized upon this because, even though the laws were passed, the funding mechanism was not yet in place, a few days before the end of the recently-concluded legislative session. This touched off between the state’s superintendent of education John White and several others inside and outside of his department a discussion about how to deal with the publicity and policy-makers’ upcoming questions, as White was to testify to legislators about department plans as part of the information-gathering process about the education funding mechanism. The e-mail parts of this later became publicized by the News-Star in a subsequent piece.

Yet for some unfathomable reason, some opponents became aghast at the tone of these communications, with the most apoplexy reserved for a passage of White’s where he sought to “create a news story about ‘the next phase’ of determining seats in schools” so as to “muddy up the narrative” being pushed by opponents, that not being stated in the message but surely inferable as being planting the idea that the funding formula with money for the program should be rejected because of the claimed slipshod job of vetting schools. Opponents who read of these accounts also speculated that this meant any further review of participating schools would have ended after the state approved written applications, and implied that the state would just cut a bunch of checks at the beginning of the school year and be done with it.

This inference from the very small and selective sample of published or paraphrased messages, which may very well have been taken out of context, is on its face ludicrous. Why would a bureaucracy that regularly and with detail requires information from nonpublic schools deliberately decide not to collect a few additional pieces of information from them, and then only when prompted by an unflattering news story? And why wouldn’t a public official try to nullify attempts by opponents, who have had a compliant media in the tank for them against the program from the start and use it still such as with this criticism, to define an issue in a selective and self-serving way?

In fact, unless you have invested into a imaginary conspiracy theory that reformers have some kind of vendetta against education performed by government and/or have all of these greedy and evil leaders of nonpublic schools (most Catholic) wanting to profit from providing substandard education while shafting the taxpayer – a clear flight from reality – Occam’s Razor applies here. Simply, White and his department had to move fast and as a result lacked clarity initially in getting such a tremendous enterprise up and going so quickly. They had a general idea of what they needed to do, but had not yet formulated and implemented the specific details, with every ability to do so before the deadline. Assuming the second-hand story readers are forced to accept from the News-Star, and that there is no bias in its account or a hidden agenda it wishes to pursue – perhaps unrealistic expectations – even then this remains the most realistic and plausible interpretation.

So, if the message release is honest in its purpose, they show White was just doing his job –finding ways to improve its delivery and defending it against those with a visceral dislike of it. Only minds residing in the fevered swamps of ideology should find anything sinister or untoward about that, and their reaction to it tells us much more that is valid about them and their mindset than any genuine knowledge of reality that comes from their attempted narrative about the episode.

With vouchers, lawmakers should have asked sooner: Stephanie Grace

More in this category: « Jindal, Romney are ill-equipped critics of Obamacare Jindal's Louisiana education refom has sorry voucher in John White »
back to top