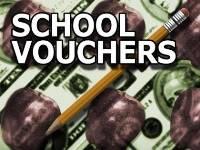 As State Education Superintendent John White shifts into a damage control mode, his explanations of Emailgate have taken on a bizarre tone reminiscent of the man, who when his wife catches him cheating with another woman, asks, “Are you going to believe your eyes or what I tell you?”

Or perhaps the attorney who is sued because his dog, allowed to run loose, bites a neighbor: “He must have been provoked because my dog doesn’t bite. Besides, he is never allowed out of my fenced yard. Anyway, I don’t own a dog.”

White’s explanations are about that plausible.

White, in emails to the obviously complicit strategists for Gov. Piyush Jindal on the eve of his confirmation hearing in the final days of the recently completed legislative session, laid out his plan to diffuse criticism of his department’s lack of oversight in awarding voucher/scholarships. No one in Jindal’s office attempted to rein him in.

At the center of the controversy was the approval of 315 vouchers for New Living Word in Ruston, a facility lacking in classrooms, textbooks and teaching staff.

School principal, the Rev. Jerry Baldwin, said the school teaches primarily by DVDs and even though he lacked accommodations for the 315 students, he was moving ahead “on faith.”

White’s misdirection ploy began with the emails to Jindal Communications Director Kyle Plotkin and the governor’s policy adviser Stafford Palmieri and continued several weeks later with a Department of Education (DOE) response to a public records request from LouisianaVoice. That response was sent by DOE public information officer Sarah Mulhearn:

“In your email dated June 25, 2012, you asked, ‘Do you have a date when the Department of Education originally approved New Living Word in Ruston for 315 vouchers?’ The specific information you requested is not available, because final seat numbers have not yet been decided. No school, including New Living Word, has been approved for any definite number of vouchers/scholarships. The 315 is only the number requested by the school.”

A form letter sent out by the department to schools dated May 18 (well before White’s confirmation hearing and his email to Plotkin and Palmieri), however, would seem to suggest otherwise:

“Congratulations on being accepted into the Louisiana State Scholarship Program!” the letter began. “We hope that you are excited to be part of this program, and we look forward to working closely with you in service to the students of Louisiana. Now that you are officially (emphasis added) part of the Scholarship program, we’d like to take a few moments to introduce the next steps in this process.

“Before May 22, you may immediately begin to market yourself to potential students! Feel free to get creative and help spread the word about the available scholarship seats at your school. Also, please note that the Department will contact you soon to detail which fees administered by your school will be covered by the scholarship allocation. As a participating school, you will be the primary ‘on the ground’ point of contact for interested students and their families.

“Starting on May 22, student applications will be made available to you and posted on the Louisiana Department of Education website. Students will have until June 29 to submit an application. We ask that you make physical copies available at your school or in your community for students and families interested in submitting an application to your school.

“…The Department of Education will run the lottery process for all students in mid-July. We will provide your school with a list of all of the students who will receive an offer to your school, along with their contact information. At that point, we’re requesting that you reach out to these students, confirm their eligibility once again, and enroll them as soon as possible.”

None of this lends evidence to White’s contention during his confirmation hearing that the department was approving only “preliminary” acceptances in its letters to the schools.

Yet, White said in his email to the governor’s office that he planned to “take some air out of the room on the floor tomorrow…” and that he would “like to create (emphasis added) a news story about ‘the next phase’ of determining seats in schools…” He also said his planned strategy “would allow us to take through the process with the media, muddying up a narrative they’re trying to keep black and white.”

The emails revealed White’s plans for deliberate duplicity, a concerted effort to mislead a legislative committee poised to determine whether or not he would be confirmed for his position, as well as the media and the public. Yet, after news of the email message broke in the Monroe News-Star, he attempted to defend them by saying there was “nothing inappropriate” about the emails.

He insisted that DOE has planned all along to take a closer look at private schools accepting large numbers of voucher students. He said his note to Plotkin and Palmieri referred only to the timing of making public the next step in the process.

The letter, however, which makes no mention of any additional steps in the approval process, went out to 115 schools, most of them church affiliated, that have been approved for nearly 5,000 vouchers.

Besides the New Living Word School in Ruston, there also is the BeauVer Christian School in Beauregard Parish whose owner was sentenced to four years probation and ordered not to conduct any financial transactions on behalf of the school. That school was approved for 119 vouchers.

Then there is Eternity Christian Academy in Westlake in Calcasieu Parish, approved for 135 vouchers. That school, to support its teaching that the earth is only 6,000 years old, uses textbooks that portray the fictional Loch Ness monster as a real, modern-day dinosaur as some sort of convoluted means of debunking evolution.

Such is the nature of Piyush Jindal’s education reform in the only state in the U.S. where florists must be licensed but there are no accountability standards for charter schools and no certification requirements for charter school teachers.

Tom Aswell is the publisher of LouisianaVoice.com.

More in this category: « Jindal’s education reform opponents foam at mouth over White emails Suspect in Jaren Lockhart case: Hear about stripper that went missing? »
back to top