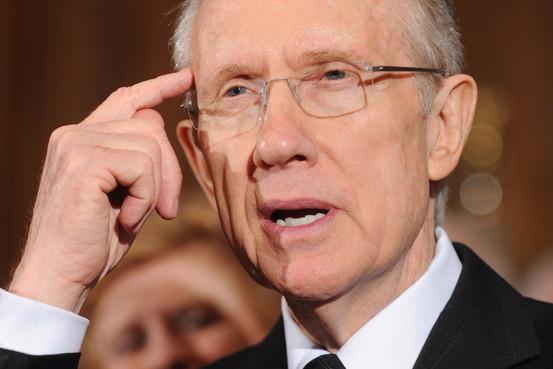 Senate Majority Leader Harry Reid (D-NV) is a former fighter. It is obvious that he withstood too many blows to the head and is now literally punch drunk.

Nothing else can explain his comment last Friday on the Senate floor that the “people of New Orleans were hurt but nothing in comparison to what happened to the people in New York and New Jersey.” In an extremely insulting manner, Reid was trying to make the point that Hurricane Sandy was a much more severe storm than Hurricane Katrina.

While certainly powerful and severe, Hurricane Sandy was a Category 1 storm that killed 120 people. It caused about $80 billion of damage, while Katrina caused at least $145 billion in damage.

The people of the Gulf Coast are still dealing with the tragic aftermath of Katrina, over seven years after the storm.

Sandy’s impact has been felt for only a few months, so it is too early to judge how it will ultimately compare to Katrina. It is highly doubtful it will ever approach Hurricane Katrina’s damage level.

Reid is both offensive and clueless for minimizing the horrific death toll of Hurricane Katrina. Clearly, he was trying to make a crass political point in his comments about the slow pace of Hurricane Sandy relief.

In response, U.S. Senator David Vitter (R-LA) called Reid “an idiot” and U.S. Congressman Steve Scalise (R-Metairie) labeled Reid’s remarks “ignorant and insensitive.” Scalise also noted that Reid “owes an apology to all of the people who took offense to it, and many including myself took tremendous offense to his statements."

Not surprisingly, Reid did not apologize; he offered only a “clarification,” admitting that he “misspoke.” In reality, he knew exactly what he was saying; he was insulting the people of the Gulf Coast on purpose. It seems obvious that Reid does not care about the Gulf Coast for the region is comprised of red Republican states.

While Reid was blasted by Louisiana politicians, there has been little to no condemnation of his remarks throughout the nation. His comments reflect an obscene partisanship and a total lack of statesmanship. For his outrageous remarks, Democrats should force Reid to resign his prestigious position as leader of the party in the Senate.

If he continues in his position, Reid will serve as a total embarrassment to his state and the Democratic Party. If the Republican House Speaker made a similar statement, there would be a media firestorm and a demand that he resign. The tepid response to Reid’s remarks clearly exposes the double standard that exists in today's political and media climate.

The people of the Gulf Coast deserve better treatment and the nation deserves a better leader of the Senate than Harry Reid.

More in this category: « So, the Louisiana GOP want Landrieu, Demos to blast Reid for Katrina-Sandy comparison Jeff Landry, Fleming or Cassidy vs. Mary Landrieu for Louisiana U.S. Senate? »
back to top