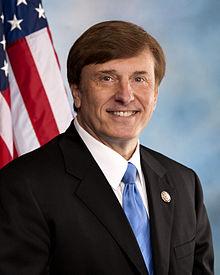 While Democrat Sen. Mary Landrieu already has challenged Republican opponents to “bring it on” and made moves to bolster her 2014 reelection campaign, those in the GOP have started the process of differentiating and sorting themselves out to determine who best may bring it on to her ultimate displeasure.

As recently noted, recently involuntarily retired after a single term former Rep. Jeff Landry might want to make his absence in Washington, DC a short hiatus by taking Landrieu’s spot, but that he faces a number of headwinds, chiefly an excitable recently-concluded campaign against Rep. Charles Boustany that may have alienated part of the party and particularly influential members, and depleted many of his available resources. The two were thrown together in the same district as a result of decennial reapportionment that cost Louisiana a seat in the House of Representatives.

Part of Landry’s appeal has been his consistently conservative record, particularly on fiscal matters, but another member of the state’s delegation who could match him call for call on no tax hikes and restrained spending is Rep. John Fleming. Their lifetime American Conservative Union voting records (Landry’s as of this writing just a year as they have been compiled only through 2011) are almost identically perfectly conservative. And Fleming probably could bring more resources to bear for such an expensive campaign (Landrieu spent over $10 million in the 2007-08 period to win reelection) having himself accumulated a half million to start and, like Landry, a successful businessman who can self-finance to some degree a campaign of this magnitude.

If then Fleming could be typecast as the “TEA Party favorite,” Rep. Bill Cassidy could be roughly pegged as the “establishment favorite.” While conservative, his lifetime ACU rating isn’t quite as much that as is Fleming’s, but this may work to his favor among those party activists who consider electability more important than ideology. And perhaps to blunt that, Cassidy has positioned himself to emphasize particularly a weak spot of Landrieu’s: her support of the Patient Protection and Affordable Care Act (“Obamacare”) that remains deeply unpopular nationwide and in Louisiana.

While both Cassidy and Fleming are medical doctors who still practice, Cassidy may have more cachet on this issue because of his longtime employment in Louisiana’s charity hospital system, giving him more experience on the front lines of the coming changes in health care, whereas Fleming has been in private practice most of his career. Cassidy also has not made Fleming’s level of wealth, having been employed in state government without any entrepreneurial career on the side. That Fleming has been so successful outside of his practice gives the political left conniption fits and it will try to use the populist prejudice prevalent in Louisiana to paint Fleming as evil and heartless just because he managed to create hundreds of jobs and made a little something for his trouble. Not that Cassidy isn’t himself of substantial means (his 2011 disclosure shows him to be a millionaire, but Fleming’s shows he makes that in a year), but some Republicans trying to choose between the two if both run might think Cassidy’s image of working for government to acquire modest wealth looks better to low-information, low-interest voters, who tend to support Landrieu, than does Fleming’s entrepreneurship (even with a compelling rags-to-riches story as has Fleming).

Cassidy also has an advantage in his geographical positioning in the center of the state (Baton Rouge) where his district touches population center of probably more than half the state’s population, whereas Fleming’s district emanates from the northwest corner (Shreveport) into some of the least populated areas (which is why geographically it takes up much more space). This gives Cassidy a head start in publicizing qualities for a candidacy. His committee and subcommittee assignments also help him here in comparative perspective: serving on the House Energy and Commerce Committee but particularly by being on its Health, Environment and the Economy, and Commerce, Manufacturing and Trade subcommittees put him more in the center of action than does Fleming’s placement on Armed Services and on Natural Resources (even as he is chairman of one of the latter’s subcommittees, Fisheries, Wildlife, Oceans, and Insular Affairs). Around $2 million in unspent campaign funds also doesn’t hurt him.

While months ago the Senate may have seemed somewhat appealing to Gov. Bobby Jindal, the failure of the Republican presidential ticket to get elected last fall reduced his need to find a landing pad for a political future after Baton Rouge other than making a run for an open-seat presidency if he so desires. That he has taken on Republican Governors Association additional duties that also would directly interfere with a 2014 Senate campaign indicates this office has dropped off his radar screen.

So the two leading men, again roughly and imprecisely dividable into representing more “ideological” and more “establishment” wings of the GOP, are, respectively, Fleming and Cassidy. Between the two, perhaps even the first tentative indications of an upcoming differentiation came when Fleming was the only Louisiana delegation member to vote against nearly $10 billion in additional spending relief for the after-effects of Hurricane Sandy that struck the northeast, arguing that the aid was worthy, but not paid for.

No doubt the state GOP will try to ensure only one big name goes up against Landrieu, to conserve resources and to direct any negative campaigning against her, not Republican against Republican. But if both decide to run, given the minimum any elected Louisiana senator has served in recent decades has been 18 years, what seems a once-in-a-lifetime shot for a long-term gig may be too compelling for one to defer to the other.