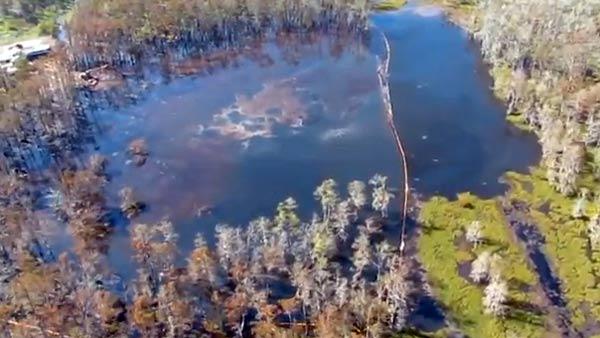 The political world, national and local is full of interesting stories affecting the US and Louisiana.  Here are just a few of the stories...

Campaigns and Elections Magazine (C&E) recently conducted more than 100 interviews with consultants, journalists and political insiders from across the country. The result was the publishing of the “Influencers 500”, a state-by-state collection of the top names in the political consulting business.

“This is a huge honor for our firm”, said partner Jason Hebert. “Anytime you’re recognized by your peers as a respected firm, it’s a testament to the hard work of our team and clients alike.”

Copies of the Campaigns & Elections Influencers 500 are not yet online. However, if you’d like a hard copy of the magazine, please email Jason Hebert at [email protected].

From the desk of Michael Hecht of GNO Inc...

"In an in-depth year-end profile, Forbes describes Louisiana and specifically New Orleans as "America's New Frontier for Business Opportunity."  The article concludes by asserting that "Now, with several industries flourishing simultaneously, financial incentives, workforce training programs, and an influx of both new and established businesses, Louisiana has been able to not only overcome a natural disaster, oil spill, and national economic recession, but has become one of the most competitive and prosperous states for business."  The entire piece is attached, or may be read on-line here."

A group is petitioning the Obama administration to get the sinkhole in Assumption Parish declared as a federal disaster, so a federal team can be assigned to the cleanup and investigation. Click here to read more http://bit.ly/URC53w

The Louisiana Democratic Party has a limited number of tickets left for some of the best seats in the house for Bill Maher's one night only appearance at the River Center Theater in Baton Rouge.

According to the Party, "buying your tickets through their block not only gets you some of the best seats in the house, but it will also go to support the work of your party!  We've got a rapidly dwindling number of tickets left. Get yours today!

Purchase Tickets and donate to the Louisiana Democratic Party
You can purchase tickets to just the Bill Maher event OR to the reception and the event.  We also encourage you to make a donation to the party while there!

Join or Renew your Patron Status and get 2 Tickets to Bill Maher!

Bayoubuzz Note: No, Maher is not making a one million dollar contribution to the party. LOL

A group is petitioning the Obama administration to get the sinkhole in Assumption Parish declared as a federal disaster, so a federal team can be assigned to the cleanup and investigation. Click here to read morehttp://bit.ly/URC53w

"We urge that a comprehensive jobs program be developed and executed by way of a partnership that includes government, the private sector and the nation's non-profit community." November 7th National Urban League letter to President Obama, John Boehner and Nancy Pelosi

The December jobs report has confirmed what urban America has known for a very long time: The "fierce urgency of now" is overtaking the slow pace of the economic recovery and continuing partisan gridlock in Washington. The jobs report released last week reveals that 155,000 jobs were created last month and overall unemployment remained at a steady and still too high rate of 7.8%. But the unemployment picture in urban America tells a decidedly different story.

African American unemployment, which has hovered at twice the national average for decades, has now climbed to 14% and the Hispanic jobless rate of 9.6% also continues to exceed the national average. Despite the efforts of the Congressional Black Caucus and other progressive voices in Congress, the jobs crisis in urban America has reached emergency proportions and is tearing at the economic and social fabric of many communities. That is why this week, the National Urban League announced a new $70 million "Jobs Rebuild America" initiative designed to employ, educate and empower communities that have been hardest hit by the Great Recession.

Our campaign is a two-pronged effort. First, through a $70 million public-private expansion of existing Urban League job training, education and business development programs, we intend to directly assist thousands of jobseekers and entrepreneurs in dozens of cities over the next five years. The second component of the Jobs Rebuild America initiative is a public engagement campaign to increase pressure on Washington to invest in the education and skills enhancement of at-risk youth and disadvantaged young adults. We also call for passage of targeted jobs legislation and a responsible fiscal plan and deficit reduction initiatives that do not exacerbate the unemployment crisis.

This effort is an outgrowth of the National Urban League's historic mission of economic empowerment for African Americans and other hard-pressed urban citizens. It also builds upon the work that our network of nearly 100 affiliates has been engaged in since the start of the Great Recession. Our affiliates have served as economic first responders for communities devastated by job loss. They have also been successful in creating economic opportunity and preparing thousands of people to avail themselves of those opportunities. We've worked closely with our partners in the private sector and the federal government to maximize resources and mobilize the strength of our collaborative efforts.

For this expanded effort, we have put together a powerful coalition of public and private partners who have pledged their expertise and other resources. They include, the U.S. Department of Labor, Nationwide Insurance, Everest College, Pitney Bowes, Wells Fargo, Goldman Sachs, Stonehenge, UPS, State Farm, Target, Best Buy, the U.S. Department of Justice, AT&T, Time Warner, Chevron, BP and the New York Stock Exchange.

Our collective message is this: While we believe it is important to tackle deficit reduction, job creation remains the nation's number one priority. We urge the President and the Congress to adopt a balanced approach that marries compassion for the most vulnerable Americans with protections for the nation's jobs and sacrifice from all.

For a full description of the Jobs Rebuild America Initiative visit www.nul.org

In addition to serving as a prosecutor for the Jefferson Parish District Attorney’s Office Felony Trials Division from 2009 to 2012, Schlegel served as a prosecutor for the Family Violence Unit from 2007 to 2008.  Prior to serving as an Assistant District Attorney, Schlegel practiced civil law with McGlinchey Stafford PLLC in New Orleans from 2004 to 2007.

“Judges profoundly impact the people of our community. And a good judge must be able to discern the facts and understand the critical difference between an offender who deserves a second chance and someone who is a real threat to society.  From my experience working in the Jefferson Parish District Attorney’s Office as a felony prosecutor and having worked closely with judges in the 24th Judicial District Court, I firmly understand that critical difference.  I also appreciate the importance of efficiently managing both criminal and civil dockets having practiced in both areas of law,” said Scott Schlegel.

Candidate for District 79, House of Representatives

More in this category: « Jeff Landry, Fleming or Cassidy vs. Mary Landrieu for Louisiana U.S. Senate? Queen Elizabeth: Kate Middleton child to be a princess, Royal Highness, if girl, of course »
back to top