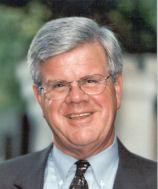 If one had hoped that discussion about the state’s recent loss of a federal government grant opportunity at the recent Public Service Commission meeting could produce positive activity to produce more widely available broadband capability, that got dashed with the spinning of wild conspiracy theories that entirely lack credibility, contractors and agencies trying to cover themselves, and a state government that only too late realized it had headed in the wrong direction and then ran up against partisan political realities when it tried to salvage the situation.

As for any chance to recapture the grant, the proper course is to ignore the fatuous suggestion of Campbell to go begging to the White House. Instead, the Louisiana congressional delegation should get their colleagues to pass legislation extending the deadline in Louisiana’s case, where Sen. Mary Landrieu appropriately should take the lead as she, after criticizing the state on the matter, pledged to work to improve broadband access. In any event, any such attempt must avoid the unproductive political gamesmanship that pervaded the PSC hearing on the matter, even as the original idea behind the program providing the money was itself a political exercise.

by Jeffrey Sadow, PhD. read his daily blog at Between The Lines

Save up to 80% on Office Equipment for your Business

More in this category: « Cain, Perry Media Frenzies Show Bias By The Gored Rivals New Orleans Saints Should Beat Falcons In Close Game In Atlanta »
back to top