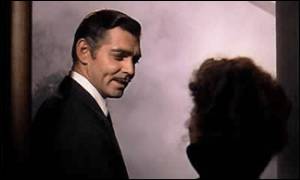 Today, Louisiana Governor Bobby Jindal is out of the state again. He is on a Romney campaign bus trip shadowing President Obama in the battleground states of Pennsylvania and Ohio.

One commentator noted that it was a “great opportunity” for the Governor to participate in this high profile trip. While it may help satisfy Jindal’s gargantuan political ambitions, it does nothing for the people of Louisiana who pay his salary.

Throughout his tenure as Governor, Jindal has been a road warrior, frequently travelling to sell books, raise money and most importantly, raise his national profile. However, in recent months, his constant travel has significantly increased as he has been all over the country, visiting states such as South Dakota and West Virginia.

Our Governor must really hate spending time in his home state. When he is on the road, our problems, such as a struggling educational system, severe budget deficits and a high crime rate must seem like a distant memory.

On the Romney campaign bus, Jindal gets to forget about what is happening here and bask in the national glory. The problem is that he is being paid to serve as a full-time Governor, receiving a salary of $127,407 this year, a very good wage in the economically depressed state of Louisiana. Based on Jindal’s absenteeism, the Legislature may want to limit future Governors to part-time pay, especially since Jindal has shown how the position is not very time consuming.

Under the current pay structure, Jindal is clearly not earning his salary since he spends most of his time on personal political, not state, business. Jindal owes the taxpayers of Louisiana a big refund as well as a reimbursement for the costs of having a security team accompany him on many, if not all, of these far flung trips.

While Bobby Jindal has only a fleeting interest in Louisiana, he does have a true interest in becoming the GOP vice presidential nominee. Thus, he spends as much time as possible on the road, promoting the Romney campaign, other Republican candidates and the Republican National Committee.

According to insiders in the Romney campaign, Jindal is in the top five among prospective running mates. On his current trip, he is accompanied by former Minnesota Governor Tim Pawlenty. Of course it is fine for Pawlenty to spend all of his time traveling; he no longer has a full time job. He doesn’t have constituents he is supposedly serving.

Along with the lack of job performance, what is real upsetting about Jindal is that he really does not give a damn about the people of Louisiana. The voters in this state are being used strictly as a stepping stone for his national ambitions.

Once Jindal was elected U.S. Congressman in 2004, he started spending all of his time on his next goal, becoming Governor. Immediately upon being elected, Jindal started eyeing his next step, national political office. .

In the process, Louisiana has suffered. We have extreme poverty, budget, crime, educational, infrastructure, and coastal restoration problems. However, there is no one in command at home to tackle these severe challenges. Governor Jindal is out of town, both figuratively and literally.

One Louisiana legislator noted privately that the Governor was very engaged in the early stages of drafting his voucher plan, but once it was passed, no one ever saw Jindal again in Baton Rouge.

In the last session, he used friendly lawmakers to push through his signature piece of legislation, “educational reform” to use for national political purposes. Conservatives and educational reformers across the country jumped aboard the Jindal bandwagon to hail Louisiana as a voucher role model for the rest of the country. Jindal was billed as a visionary and a great conservative champion.

There was only one small problem. None of these Jindal backers ever took the time to truly examine the wreckage the Governor regularly leaves in his wake. The major accomplishment of his first term, “ethics” reform was mostly smoke and mirrors that exempted the executive branch of government. In the past session, Jindal almost eliminated the important position of Inspector General for a state that was just ranked first in the nation for corruption.

This year’s “education” reform bill has been turning into a disaster. It lacks a real accountability mechanism to monitor the success of schools that participate. Among the schools selected is the New Living Word in Ruston. It received 315 vouchers even though it currently has only 122 students, who are taught with the use of DVD’s and not real teachers. When the media uncovered the scandal, Jindal’s Education Secretary sent emails to the Governor’s team noting his desire for “muddying up the narrative.”

It is time the Jindal backers in the GOP started to focus on the real situation in Louisiana. It might surprise them to learn that there is a campaign underway to recall Jindal.

Many Louisiana citizens just want to see some sort of time and effort from Jindal to justify the salary he is being paid. It is not enough to say you are the Governor of Louisiana, you must act like one.