Louisiana Sen. Alario Counting Voters For Self And Jindal 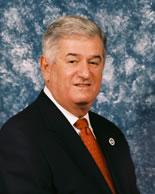 Longtime lawmaker still conting votes with an eye to 2012.

Did John Alario, a Democrat-turned-Republican from Westwego, already have the votes tied up for Senate president before Gov. Bobby Jindal endorsed him last month?

Some lawmakers say he did. A few even suggest the die was cast when the state Senate candidates being backed by U.S. Sen. David Vitter, who opposes Alario’s leadership quest, lost during the October primary elections.

Alario, who has been a member of the Legislature since 1972, has served twice as House speaker and now wants the top job in the Senate. If anyone knows his way around the Capitol, it’s Alario, who turned 68 in September.

“Did I already have the votes?” Alario asked during an interview with THE POLITICAL DESK. “It’s hard to tell. A governor can always pull votes away from you.”

While former Gov. Edwin Edwards always had Alario’s back, the election of Buddy Roemer as governor in 1987 brought a wind of change to Baton Rouge. Alario was almost immediately replaced as speaker by former Rep. Jimmy N. Dimos of Monroe.

“I had 58 signed pledge cards,” Alario recalled. “And the governor was able to pull eight of those off.”

In “My Name is Ron and I’m a Recovering Legislator,” former Rep. Ron Gomez writes about Alario’s struggles to keep his votes:

“The cajoling, dealing and nose counting continued over the months leading up to inauguration day in March, The governor-elect, his staff and (the Louisiana Association of Business and Industry) pulled out all the stops.”

The parallels between that political period and this one are remarkable. Roemer drew stares at the time for appointing Dimos, a largely unknown rural lawmaker. Jindal, for his part, had to dig deep to pick the name of Republican Rep. Chuck Kleckley of Lake Charles for House speaker last month.

The tie that binds, of course, is Alario. After losing the post in 1988 to Dimos, Alario, then an unapologetic Democrat, took to the floor of House and placed a few jabs in the chests of conservative lawmakers. Even though he counts himself as part of the conservative faction today, Alario’s enemies still try to use the speech, and his Democratic roots, against him.

To be certain, Alario is a shrewd and calculating politician. He’s also well liked inside the rails and out. But he suffers from guilt by association on one topic that was as relevant in 1988 as it is today. As Gomez recalled, there was only one reason he had reservations about voting for Alario as speaker:

“It was just that damn Edwards connection.”

Unlike Edwards, however, Alario has never been prison. He has never been convicted of a crime. Nonetheless, the Louisiana Republican Party painted him as a Tony Soprano-like character when he first ran for the Senate four years ago, before he became one of them.

“Nobody likes to read about themselves like that. It’s a tough thing,” Alario said. “But libel laws don’t protect people. It’s difficult to react appropriately. I’m not complaining, though. I understand it’s part of the game.”

Money is part of the game, too. So far, Alario’s political action committee has distributed $22,000 to members of the Senate. It’s no secret what’s going on — contributions buy influence.

What’s unique about Alario’s PAC is that it has been on the books since 1999, three years after his second and final term as House speaker. Kleckley’s PAC, meanwhile, was formed last year in anticipation of the coming leadership elections, which are slated for early January.

In 2010, Alario’s PAC raised $98,700. The count year-to-date for 2011 is about $52,000. He uses the cash for charitable donations, sporting events and some pretty decent meals, most all of it connected in some way to Alario raising more money, like through fundraisers.

The PAC, though, has always had only one purpose these past 12 years, he contends. “It’s always been used with a leadership election in mind,” Alario said.

Alario said he was able to carry over his teachers account when he was first elected to the Legislature and then started paying into the state employees’ system simultaneously some time later. Before he was a legislator, Alario said he spent a few months in the classroom as an educator and then several years on the administrative level in Jefferson Parish.

It’s a unique position to be in for Alario — collecting two checks like that. And he’s not alone, as a few others in the Legislature enjoy the same dual benefits. Had Alario been elected after 1997, though, it would have never happened. That’s when lawmakers tightened up eligibility for the retirement systems.

Looking ahead, Alario said there probably won’t be a need for a 2012 special session — that is, Jindal probably won’t start off his second term like his first. “The regular session is earlier next year and we can probably take care of everything there,” Alario said. “I’m not saying we won’t have one. I just don’t think we need one.”

He added that education will probably be the issue he works most on in concert with the Jindal administration. “My main focus is going to be education,” he said. “That’s going to come first.”

If Jindal’s looking for a political miracle, he put his faith into the hands of the right guy. Because Alario knows how to get his votes — sometimes by any means possible.

When the Legislature approved a land-based casino for New Orleans in June 1992, it resulted in one of the most infamous legislative votes in Louisiana history. For his part, Alario was serving as House speaker at the time.

When the casino bill first came up in early June, many Republicans switched their votes from yea to nay during the short period of time the electronic voting machines were open. They did it to make Alario think he had the votes, which were displayed in the House on a large screen as red and green dots.

Those of the Republican members blinked like it was Christmas morning before eventually stopping on red the moment before the voting machines were shut down.

Lawmakers tried to avoid any related votes in the aftermath, but Alario pulled a right-to-work bill off the shelf the following week and had a packed crowd. Everyone wanted their vote recorded.

You can probably guess which bill came up next. Having figured out a way to best his Republican opponents, Alario soon brought up the casino bill for debate. When it came time to vote, he had the voting machines shut down sooner than customary.

It was a sly trick. It meant many of those GOP lawmakers who were goading Alario got stuck on green. And, of course, Alario got his votes.

In “Bad Bet On The Bayou,” author Tyler Bridges recounts what went down on the House floor next. It’s interesting to note that the first quote came from the current mayor of New Orleans, the second from a current U.S. senator opposed to Alario and the last from a former member of the House.

Here’s how they reacted after that storied vote:

“You’ve got to be kidding me!” screamed Representative Mitch Landrieu, fanning his arms in disbelief. “You can’t be serious, man!”

“This is a Huey Long vote!” yelled Representative (Peppi) Bruneau. Passions were running so high that he thought a fistfight would break out.

Other hijinks ensued, like the swarm of lawmakers who switched their votes around to no effect whatsoever. Every time a yea changed to nay, Bridges writes that Alario & Co. simply found an absent vote to bring onboard to balance things back out.

But that land-based casino was clearly here to stay. And, obviously, so was Alario. As for what what the rest of Alario’s career might offer up for the history books, that’s up to the man himself — and, to a large part, Louisiana’s sitting governor.

*For our initial report on Sen. John Alario, click here.

**If you want to see our earlier report on Rep. Chuck Kleckley’s run for speaker, click here

More in this category: « Jindal Appoints GNO Expressway Commission, Louisiana Board of Pharmacy Members A Louisiana’s Prisoner’s Mind Is A Terrible Thing To Waste »
back to top