LSU, Who or Alabama In BCS Championship Game? 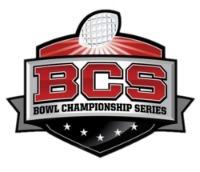 Now that LSU has thumped No. 3-rankd Arkansas and No. 2 Alabama thrashed Auburn, a rematch of the Tigers-Tide defensive battle is all but set regardless of what takes place next weekend.

While that rematch -- which could pit a team that didn't win its conference vs. a team that didn't win its conference or division, if LSU drops Georgia in the SEC Championship Game to remain No. 1 in the BCS standings, which team should the Tigers face in the title game? Should it be Alabama, which already got its shot at the Tigers -- on its home field no less -- and came away with its only loss of the season?

What about other one-loss teams like No. 4 Stanford, No. 5 Oklahoma State (if it beats Oklahoma next weekend), No. 6 Virginia Tech or No..7 Boise State (if it can beat 1-10 New Mexico)? Then here's No. 8 Houston, which along with LSU is the only 12-0 team in the country. If they can beat Southern Miss in the Conference USA championship game next Saturday afternoon, should they get a crack at the Tigers?

The way it looks to  me, LSU and Alabama look to be the two best teams in the country. Regardless of my opinion, what's yours? Which team do you have playing LSU in the title game if it maintains its stranglehold on the top spot in the BCS standings? Feel free to blast away in the comments section, below...

HokiesJournal Hokies Journal
#Hokies are No. 4 in the Harris Poll and No. 3 in the coaches poll. Those make up 2/3 of BCS standings.
10 minutes ago

Hogtrough Rob
Hogs are ranked #9 in Harris and #10 in Coaches with Computer Rankings making up last 1/3.....looks to be around 7-10 BCS
20 minutes ago

JohnKincade John Kincade
Many of fans crying about BCS system just can't handle truth that SEC clearly has the 2 best teams. Some people need Kleenex and a binkie.
1 hour ago

MyKSR1 KentuckySportsReport
RT @NotJerryTipton: Louisville FB gets a couple of Top 25 votes? Well then, I stand corrected. They're worthy of a BCS bowl bid after all.
1 hour ago

WarBlogle WarBlogle.com
It's "you're." Idiot. WE @BobbyAtkinson: @WarBlogle Are you completely ignorant of how the BCS works? Your an idiot.
2 hours ago

CardChronicle Mike Rutherford
If UConn can knock Kentucky out of the NCAA Tournament and send us to the BCS in one year, I think we can put the Larry Taylor thing to bed.
2 hours ago

ReillyRick rick reilly
Another hellishly boring #LSU-Alabama game in the BCS title game? It's like making a sequel of J. Edgar. Can you get a Red Bull i.v.?
2 hours ago