Is Cain Surging or Falling Behind Gingrich In Polls? 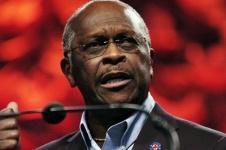 According to Democratic Pollsters, Anzalone Liszt Research, Republican primary voters are moving away from Herman Cain and embrassing Newt Gingrich as the latest non-Mitt Romney.  This opinion, published in their weekly newsletter, is based upon their analysis of various national polls.

However, the Herman Cain campaign apparently have a different take.  In a recent campaign email, the campaign said his campaign is "surging".  Cain, in the email said, "I am excited to share a recent Rasmussen (conducted November 21-22) which shows me retaking the lead nationally with 26 percent support.  I am leading Governor Romney and Speaker Gingrich by 3 and 12 percent respectively."

Today, the conservative pollster Rasmussen released a new poll result, "Republican presidential candidate Herman Cain trails President Obama by the exact same 10-point margin as he did  two weeks ago in the latest Election 2012 hypothetical matchup of the two men.

A new Rasmussen Reports national telephone survey of Likely U.S. Voters finds the president with 46% of the vote, while Cain earns 36% support."

Below is the Anazalone Liszt Research newsletter explaining their recent view:

In just three weeks, Republican primary voters have shifted their affections from Herman Cain to former House Speaker Newt Gingrich, making him the seventh GOP frontrunner since the campaign began. Five polls out in the last two weeks confirm that Gingrich and Romney are now vying for frontrunner status. A CNN/ORC poll out on November 20 shows Gingrich leading the field with 24% of the vote, with Romney at 20% and Cain slipping behind to 17%. Just one month ago, Romney and Cain were running even, 26% - 25%, with Gingrich in a distant 5th at 8%. A recent Public Policy Polling survey confirms this, giving Gingrich 28%, followed by Cain at 25% and Romney at just 18%. This is a 13-point bump for Gingrich in just a month, while Cain and Romney have fallen 5 and 4 points respectively. Among Tea Party voters, Cain narrowly leads Gingrich 33% - 31%, with Romney a distant 11%.

Fox News's and Gallup's polling shows the race narrower, putting the former Speaker and former Massachusetts Governor in a virtual tie at 23% - 22% according to Fox, with Gingrich's vote share nearly doubled from just three weeks ago (when he was at 12%). Gallup's poll among Republicans finds 20% for Gingrich and 19% for Romney.

In a two-way race, Gingrich consolidates many of Cain and others' voters: A Quinnipiac poll conducted Nov 14-20 finds Gingrich's lead Romney 49% - 39%.

Gingrich's recent surge has extended beyond national polling into the early primary states. An American Research Group poll among Iowa caucus-goers finds that Gingrich leads with 27% to Romney's 20%, followed by Ron Paul at 16%. In South Carolina, Gingrich now earns 31% of the vote, followed by Cain and Romney tied for second with 17% and 16%. Romney holds onto his lead in New Hampshire according to Suffolk University polling, with 41% of the vote, however Gingrich is now tied with Paul for second with 14% each.

The race also remains fluid, as Republican voters are still not locked in on their choice. In the CNN/ORC poll, 67% say that they still may change their mind before the primary, an increase from 61% a few weeks ago. Fox News finds a similar trend with 61% saying they still may change their mind. Beyond this, no prospective Republican candidate has yet captured the enthusiasm of their base. According to CNN, only 29% of GOP voters say they would feel enthusiastic if Newt Gingrich won the nomination. In fact, Rick Perry is the only candidate thus far to peak over 30% of voters who would be enthusiastic if he won the nomination (with 35% back in September).

Along with his rise in the polls, Newt Gingrich's personal standing has improved over the last few weeks. Gallup finds that Gingrich now leads the Republican field in his positive intensity score (a calculation based on name identification and intensity of a candidate's favorability), and GOP voters give him a 44% favorable - 20% unfavorable rating. PPP finds his standing at stronger among primary voters, at 68% fav - 23% unfav, including an 81% favorable rating among Tea Party members (Gallup explicitly offers a "neutral" option which gives candidates higher scores across the board). For comparison, Romney still has a higher total favorable rating with Gallup (51% favorable - 20% unfavorable with GOP voters) than Gingrich does, though very few voters are intensely favorable towards him (just 16%).

Gingrich also leads the field on traits like leadership (29%), understanding complex issues (43%), and qualification to be Commander-in-Chief (36%); however, he is in single digits on likeability. Just 9% of GOP voters believe Gingrich is the most likeable candidate, placing him fourth to Romney (26%), Cain (25%), and Perry (14%). In fact, 9% of GOP voters believe Gingrich is the least likeable candidate, putting him just 6 points behind Ron Paul (first at 15%).

GOP voters believe that Mitt Romney is the Republican candidate with the best chance of defeating President Obama in the general election, and according to most public polling, they are correct. According to CNN/ORC, 41% of primary voters believe that Romney has the best shot at beating Obama, while only 21% believe Gingrich does. PPP confirms this, with Republicans saying Romney is the candidate more likely to beat Obama 38% to 23% over Gingrich. By a 52% - 19% margin they also believe that he will be the candidate over Gingrich.

Newt Gingrich may be the current leader of the Republican primary field whose numbers are improving against Obama, but Romney remains the general election frontrunner. Fox News's poll finds that Romney leads President Obama 44% - 42% after trailing him 45% - 42% in September. Meanwhile the President leads Gingrich 46% - 41%, though this has narrowed from a 53% - 34% lead over Gingrich in June. Quinnipiac's poll finds similar trends, with Romney running even with the President, 45% - 44% and Obama leading Gingrich 49% - 40% (though just three weeks ago Obama was leading Gingrich 52% - 37%).

With all that said, we hope Newt gave thanks last week for his surge in the polls, because we wouldn't be surprised if GOP primary voters choose yet another candidate to fete over the next 3-5 weeks judging by past results. Will Newt's recent comments on immigration be what sink him, much as they hurt Rick Perry? We think probably not, for a couple reasons. First, while Rick Perry's stance on tuition for undocumented immigrants is a fringe position in a GOP primary, Newt falls within the mainstream of Republican thought that not all illegal immigrants should be deported. Fox News for example finds that Republicans are split (46% yes / 46% no) on whether children who immigrated illegally should be eligible for citizenship as adults (Tea Party members say no by a 51% / 40% margin). By contrast, Investor's Business Daily finds Republicans opposed 74% - 20% to allowing undocumented children to pay in-state college tuition rates. And second, Rick Perry rubbed salt in his own wounds by calling that 74% of Republicans "heartless" (and then, of course, further amplifying his problems with a poor debate performance).