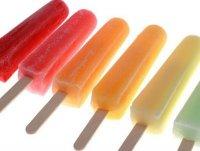 Bayoubuzz Note: There were no popsicles falling from the sky.  The New York Giants did not do the improbable—beat the New Orleans Saints in the Superdome.

On Monday, Ed Staton wrote,"The Giants desperately need a win and are getting seven points from the oddsmakers. But popsicles will fall from the skies before the Giants will cover the seven points.”

Popsicles did not fall from the sky, only Brees thrown footballs and plenty of them.--

So, here’s Staton’s take of the game…

Drew Brees, again showing an ability to throw the ball where he wants to and back in Super Bowl form,  passed for four touchdowns, 363 yards and ran for another and made it look easy in walloping the struggling Giants  49-24 before a record, deafening crowd on Monday Night Football at the Mercedes-Benz Superdome.

"There's that confidence that players around him have, and we have in him," said Saints coach Sean Payton of his record-setting quarterback. "He made some fantastic throws tonight."

The Saints (8-3) maintained a one-game lead over the Falcons in the NFC South, while the desperate Giants (6-5) dropped a game behind first-place Dallas in the NFC East and face the possibility of a four-game losing streak when they host the unbeaten Packers next weekend.

The Saints also improved their running stats with 205 yards on the ground, including touchdown runs of 12 yards by Pierre Thomas and 35 yards by rookie Mark Ingram.

Eli Manning did his best to rally the Giants, throwing two fourth-quarter touchdown passes to Victor Cruz, but he was no match for Brees. The Giants lacked fire and aggression, struggling as a team with a lot of injuries.

The Saints, who host the Lions on NBC's Sunday Night Game next week, notched 57 total net yards, compared to the Giants' 465. The 577 total yards is the second highest total in team history behind a 595-yard effort  in 2006 against the Bills.

Brees hit Lance Moore and Jimmy Graham for two touchdowns each and the tight end led the Saints in catches (5) and receiving yards (84). Moore finished with five receptions for 54 yards.

Ingram led the Saints in rushing with 80 yards on13 carries and Thomas added 63 yards on eight trips.

"Can't say enough about our team," said Brees. "Our coaches, offense, defense -- it was a great team win in every aspect."

Here's Payton's take on the victory: "It was a big win for us. Our guys came off sharp off the bye. Like any game, it wasn't perfect. We had a lot of penalties, but  in all three aspects -- defense, kicking game, offensively -- we did a real good job.

"It was an important win for us to get to eight. Starting this next stretch of the season after the bye week, we feel like this was going to be a tough opponent coming in with the two losses they've have prior to our game. Our players handled the schedule well and I was pleased with the win."

Payton said Brees is passing with great rhythm and anticipation. "He would tell you that we are doing a good job of protecting, we had the balance we're looking for in November,"  said the coach. "We ran it well tonight, very well. Those are good allies for a quarterback, but he made some fantastic throws as well."

Brees has not been sacked in the last three games.

Payton on Graham: "He's a big part of what we do. You saw that in the last third of the season last year, you saw him really come on. He's big for us in the red area. He's got good hands, he's tough, and with all the athleticism and the talent he has, he's very intelligent and he's an extremely dedicated worker. Those special players have all those things. He's a young player that keeps getting better and we're excited for him. You can see the confidence that Drew has in him and that all his teammates have in him."

Brees believes this team can be better than the Super Bowl winning team of the 2009 season. "We have the opportunity to be better," said Brees. "We're not there yet. As I  look at our guys, we have a lot of guys from that '09 team. The guys we've added -- Jimmy Graham, Darren Sproles, Mark Ingram -- not too shabby."

"After Tuesday, we have to put this thing behind us and it's on to Detroit. There's never time to rest and never a dull moment."

Graham on his success tonight: "Things we just cooking tonight. Anything we tried, it seemed to work. We really talked about winning in the month of November. That's something we really focused on and we did a great job with that. Now it's the next step. I'm doing all right. I'm figuring it out, but I still have a long way to go. I'm definitely learning. Drew's a big part of that, just helping me to learn at a much faster pace."

"I played against Tony Gonzalez a lot of years and he's the best tight end I've seen. Graham is bigger and faster and can be better from what I've seen."

Tracy Porter played nickel against the Giants. "Gregg Williams has a lot confidence in me," said the cornerback. "As a nickel you have to cover the slot all over the field.

"Coming in week in and week out we want to win the turnover battle. We are near the bottom in the interceptions on the season. You want to finish on the positive end each game. That's what we strive to do and that's what we did tonight."

Giants coach Tom Coughlin on the loss: "We had a tough time stopping them. I am responsible for two of those three scores (by the Saints). The rookie fumbled, giving the ball up. And going for it on fourth down because we basically had to. I knew the Saints would try to score. They did.:

On Saints offense: "We weren't able to cover them. They got themselves in position with simple little throws. They beat us in the flat a couple of times. And they beat us down the sideline. They have good personnel and the distribute it."

Manning's take on the loss: "We know their offense is high powered. And we knew coming in we were going to have to score and not turn the ball over and play good offensively and have some long drives. We did that to an extent and we moved the ball and we got some first downs.But we just couldn't finish and that hurt us at the end.

"We can't get down and frustrated. We have to figure out how to bounce back. We know we lost three straight games and we know we have a short week and a big game coming up. These last five games for us are big and will determine our season. We just need to figure out how to play better football that's what we are doing right now."

NFL insiders believe the Saints are the only team that can challenge Packers in the NFC because they can score 35 points against them, and that might be enough.

So, as the NFL moves into the winter month of December, we’ll see if there are any popsicles falling from above raining upon those high-flying Saints.

Chad Jones said visiting with his Giants teammates, running out through the tunnel and standing on the sideline with them nearly overwhelmed him.on Monday night at the Mercedes-Benz Supderdome.

The former LSU safety and third-round draft choice, was back with his team a year and a half after a horrific car accident nearly cost him his life and his leg.

After missing two seasons, Jones is hoping for a comeback in 2012 either at safety or linebacker. Jones had added muscle to the leg andis running the 40-yard dash in 4.7 seconds, remarkable progress after his leg was so badly damaged that it nearly was amputated.

Seeing his teammates, he said, is extra motivation to join them on on the field. "It's something to look forward to and think about  tomorrow when I'm working out," Jones told the  New York Post. "It will make things  seem much better."

Jones caught up with several players and chatted on the field with Giants co-owner John Omara.

"He told me I was looking great, looking better than ever,"said Jones. "He was just excited to see how good I'm doing, how good I look walking around."

by Ed Staton and Comments by Bayoubuzz Staff