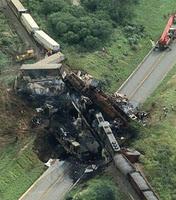 The latest revelations about Herman Cain will surely doom his long shot campaign for President.

Whether Ms. Ginger White, who is alleging a 13 year affair with Cain, is telling the truth or not, the damage is too much.

At this point, donors are losing faith in Cain and without funds, the campaign cannot continue. Prior to this revelation, Cain was already losing support in the national polls. He slipped from first to third after four women accused him of sexual harassment.

The sexual harassment claims were not very believable, since they involved supposed conduct from the 1990's and one of the women was represented by the liberal attorney Gloria Allred, who is an infamous publicity hound.

This time, the accusations carry more weight. Ms. White has produced cell phone records showing 61 calls and text messages both to and from Herman Cain in the last few months. The calls were made at various hours of the day and night to his private cell phone. When contacted, Cain admitted a relationship with Ms. White but claimed it was just a friendship. If so, it must have been an unusually close friendship.

Ms. White is financially destitute and unemployed at the current time. Just last month, she was evicted from her apartment. Despite these problems, she is not cashing in on these accusations and did not receive a payment from the Fox affiliate in Atlanta, who broke the story.

Ms. White said she was forced to come forward because other media outlets were getting close to reporting the affair. Ms. White is a mother of two who filed a sexual harassment complaint against her boss in 2001 and was successfully sued by an ex-business partner. While this background raises questions about Ms. White, it will not help Cain weather this storm. There have just been too many women coming forward for the public to discount all of their accusations.

This is very disappointing news to Cain fans who enjoyed his unusual approach to the issues. To address our nation's problems, Cain offered fresh solutions, rooted in his years as a business executive. His 9-9-9 tax reform plan was a popular success, but the personal controversies are now drowning out any news coverage of his reform ideas.

At this point, Cain should focus on his family and exit the race that he now has no chance of winning.

Hopefully, his supporters will gravitate to another conservative (not Romney) candidate.

With the Iowa caucus set in only a few weeks, it is crunch time for the GOP presidential candidates. Unfortunately Herman Cain's train ran off the tracks before the first vote was even cast.