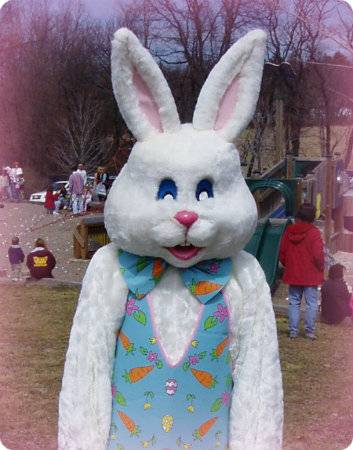 Does Bobby Jindal believe in the Easter Bunny or the Tooth Fairy? It’s likely that, as a man in his 40s, he’s given up those childish notions.

I’m sure he vouches for the hare’s existence to his young children, but it’s not likely that Jindal, himself, buys into the idea of a large, egg-bearing bunny hoping around the Mansion lawn on Easter morning.

But Jindal does, in fact, believe in an economic version of the Easter Bunny.

That would be Supply-Side Economics, a theory so thoroughly discredited by experience of the past 30 years that it’s only embraced by the most uniformed and delusional of policy makers (a group that actually includes the U.S. House GOP caucus and most Republican governors).

Very simply put, supply-side economics is the mistaken belief that if you cut taxes you spur economic activity so that, instead of declining revenues, you get fantastic growth and more revenue for the government. It sounds nice — except that it hasn’t worked.

Remember Ronald Reagan? He bought into supply-side economics in the 1980s and  slashed income taxes. And guess what? The economic Easter Bunny didn’t appear. Supply-side was a bust. The national debt ballooned under Reagan, so much so that he was later forced to raise taxes to avoid a budgetary calamity.

Turns out, if you slash taxes, government revenue drops.

But Bobby Jindal was in elementary school in those days, so he may not be up on the latest news about the fraud that is supply-side economics. Perhaps that explains why Jindal somehow believes that, as he proposed on Thursday, if we eliminate the state income tax and abolish the corporate tax (while drastically increasing the regressive state sales tax), the economic Easter Bunny will appear and our economy will blossom and shower Louisiana with more revenues.

“The bottom line is that for too long, Louisiana’s workers and small businesses have suffered from having a state tax structure that is too complex and that holds back economic prosperity,” Jindal said in a statement. “It’s time to change that so people can keep more of their own money and foster an environment where businesses want to invest and create good-paying jobs.”

Wouldn’t it be nice if there were a way to test Jindal’s theories beyond the failure of Reagan’s tax cuts in the early 1980s?

Well, as it turns out, there is.

Using data from the nonpartisan Institute on Taxation and Economic Policy, Bloomberg Businessweek’s BGOV Barometer conducted a study that revealed something interesting about states with highest income taxes. In a number of economic areas, those higher-tax states actually “outperformed or kept pace on average” with the nine states that have no income tax at all.

“Being low-tax doesn’t generate economic competitiveness or long-term economic viability,” Ralph Martire, executive director at the nonpartisan Center for Tax and Budget Accountability in Chicago, told Bloomberg Businessweek. “There are other factors that are far more important. The state tax burden overall is marginal compared to federal tax burden.”

Per-capita economic output increased an average 10.1 percent in the nine “high-rate” states, led by Oregon, which grew 26 percent from 2001 to 2010. New York, Maryland, Vermont, Hawaii and California also grew faster than the 8.1 percent average for the 50 states.

Among states with no income tax, New Hampshire, Washington, Texas, Florida, Tennessee and Nevada had growth rates below the 50-state average, with Nevada’s economy shrinking 2.7 percent during the period. The average growth rate for the nine no-tax states was 8.7 percent. Three no-tax states grew faster than the national average, led by South Dakota and Wyoming at 22 percent.

Median household income declined an average 0.7 percent among the nine “high-rate” states, compared with a 3.5 percent drop in the nine states without such a levy. The study found no difference in the average unemployment rate between the two groups of states. The time period of the report includes the 18- month recession that ended in June 2009.

Why is this so? Matire conclues that, “States that have higher overall taxes have better capacity to weather economic downturns. Then they can maintain their spending on the salary of workers, who then go out and spend their paychecks on the local economy.”

Bloomberg Businessweek was quick to note that “[t]he study doesn’t prove that high income taxes will stimulate growth.” But the news service quoted an ITEP official who emphasized, “there’s no evidence” that slashing income taxes generate the kind of economic growth that Jindal and other supply siders are promising.

Concluded Matire: “Those who don’t believe in Santa Claus or the Easter Bunny anymore, and actually look at facts and data, recognize that since supply-side economics has been implemented in America, the complete opposite of what supply siders had promised has occurred.”