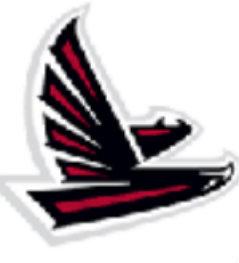 I was pulling so hard for the Seahawks during their fourth quarter rally Sunday.

Not only because I love to see underdogs come back after a seemingly overwhelming deficit, but because every Atlanta win brings them closer to every Saints fan's worst nightmare. That the host for Super Bowl XLVII, to be played in the friendly confines of the Mercedes Benzon Superdome could very well be the team that Saints fans have loved to hate the most over the years. That's right, the HOTlanta Falcons could be the home team on February 3.

Under the widely overlooked agreement that has prevailed since the very first Super Bowl, even before it was called that, the NFC champion is home team in odd-numbered games, while the AFC hosts in even-numbered games. Since this will be Game No. 47, the NFC team is home team. I am not saying if the Falcons lose next week in the conference championship game that Saints fans will feel too much better. The alternative is the San Francisco 49ers, who spoiled so many Saints seasons during the Jim Mora years. But as the Saints' recognized arch-rivals since time began, the thought that the Falcons will host in our house sends all sorts of devious possibilities through the brain!

How would you like it if the neighbor whose overhanging magnolia tree fills your beautiful lawn with leaves the consistency of asbestos shingles suddenly gets to use your house for his cousin Bubba's bachelor party? Can you imagine Falcons' QB Matt Ryan throwing his sweaty uniform into Drew Brees' locker? Or wideouts Julio Jones and Roddy White carving cuss words into the benches in front of Jabari Greer and Patrick Robinson's lockers? That problem wouldn't matter too much anyway since they already own Greer and Robinson, but you get the point!

I can see it now. Tony Gonzalez standing in the same building that Rickey Jackson owned to make his teary, blubbery retirement speech? But it could get worse! The week before the game, the NFL could send the painters in and paint over the Saints black and gold locker room with a blistering, chafing RED? You think Roger Goodell is going to stop them? No way, Jacquizz!

I don't care if Atlanta does have a cornerback named Chris Owens, they do not belong on Bourbon Street during the Super Bowl! As much as it pains me to say, Go 49ers!