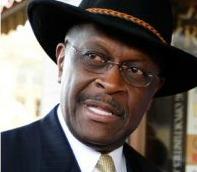 The decision has been watched around the world.

The former candidate said he would be starting a new organization promoting his 9-9-9 plan and would be supporting a candidate for President.

Cain said he would not be supporting Obama.

Cain has been under tremendous pressure due to sexual harassment claims and a recent claim by Georgia woman, Ginger White.

Cain announced that he grew up during racial segregation and his  father was a chauffer and his mother a maid.  Cain stressed that point emphasizing that he is in the "final four" for being President despite be a common man rather than a political elite.