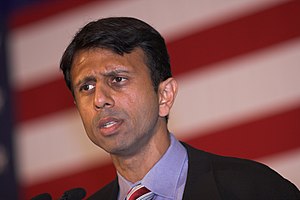 “This is obviously very disappointing news for our people and our entire state. Northrop Grumman’s announcement is a devastating blow to the thousands of people who work at Avondale everyday and to the communities that support the shipyard. We know there are multiple communities and thousands of jobs at risk – and we are already exploring alternative uses for Avondale. In fact, we have been talking with potential buyers and tenants in order to secure employment levels at Avondale.

“Our economic development team will also develop a comprehensive facility assessment, reuse and marketing plan, including identification and pursuit of additional shipbuilders that could utilize the site, as well as non-shipbuilding manufacturers and other potential job-creating projects.

“While not a certainty – during my Monday meeting with Northrop Grumman, we discussed a potential federal solution that would enable Avondale to produce two more LPD ships, which would extend the announced closure date from 2013 to about 2015.  Our Congressional delegation is meeting with Secretary Mabus to discuss this and other possible alternatives.


“No matter what though – we will exhaust every possible avenue before us to save the jobs in this area.”