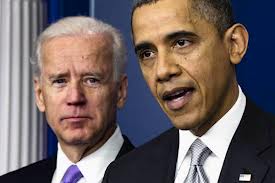 The Obama administration will let no political opportunity go to waste. Tomorrow, the President will unveil his gun control agenda surrounded by children who wrote him letters in the aftermath of the Newtown tragedy.

Not surprisingly, children from around the country have been frightened by the mass murder at Sandy Hook elementary. They have been influenced by the non-stop media coverage of the horrible incident and are worried about safety in their own schools.

This understandable reaction is now going to be exploited by President Obama who will use them as props as he unveils his assault on the Second Amendment.

Vice President Biden has already threatened that the President will circumvent Congress in pursuing gun control legislation through Executive Orders. This attack on the U.S. Constitution is so serious that Congressman Steve Stockman (R-TX) is considering filing articles of impeachment against President Obama.

Throughout his first term, President Obama has issued Executive Orders in defiance of Congress. For example, he issued de-facto amnesty for millions of young illegal immigrants despite the fact that this action contradicted existing laws.

As he uses frightened children and the Sandy Hook tragedy to pursue another plank in his liberal agenda, the President is facing a country that is very supportive of the right to bear arms. After the Newtown killings, membership in the National Rifle Association has skyrocketed, with over 250,000 Americans joining the organization. Ammunition and guns are flying off the shelves in stores throughout the country as Americans worry that their right to purchase such firearms will be infringed by President Obama.

The President is pursuing a gun control agenda despite the fact that recent mass murders have occurred in gun free zones. An armed guard or civilian in Aurora, Colorado or Newtown, Connecticut could have prevented the loss of innocent life.

A more sensible reaction to these recent events would be for there to be a discussion about mental health treatment, school security and the impact of violent video games and movies.

In an ironic twist, Hollywood stars such as Jamie Foxx are leading the charge for more gun control. Many of these stars, like Foxx, often star in vicious movies that glorify violence. Obviously, our country’s violence obsessed media culture is having a negative impact on disturbed young people. It is no coincidence that the recent mass murderers were violent video game addicts.

In his gun control presentation, President Obama will conveniently overlook the impact of these other factors in contributing to killing sprees like Aurora and Newtown.

He will advocate an assault weapons ban, universal background checks, and a ban on high capacity magazines among other recommendations.

Sadly, gun control does not work, and we just need to look at the ongoing violence in Chicago Illinois for ample evidence. When draconian gun control was passed in Australia, many types of violent crimes increased dramatically.

It is easy to comprehend that new laws will only impact those who follow the law. Criminals are law breakers, so these new restrictions will mean nothing to them. It will just make their job easier by increasing the chances that their victim will not have a weapon to forcefully respond to an attack.

Gun control will be the signature issue of the second Obama term. He succeeded in passing his socialized medicine plan in the first term. Concerned Americans need to unite to make sure he does not succeed in his latest attempt to increase government control and reduce our constitutionally guaranteed freedoms.

To accomplish these goals, Obama and his leftist friends in Hollywood and Capitol Hill will not hesitate to use any necessary prop, such as innocent children, or demagogue any opponent, such as rural gun owners or the NRA.

These are the time tested tactics of history’s tyrants who built dictatorships by limiting freedoms and manipulating the masses.

Barack Obama’s latest gambit needs to be stopped by a united and determined political opposition. The stakes are extremely high, not only the survival of our constitutional republic, but also the United States as a country where freedom still reigns.

More in this category: « Jindal’s tax overhaul good for Louisiana, could be good for presidential run New Orleans's tradition, Galatoire's reopens in Baton Rouge with a soiree »
back to top