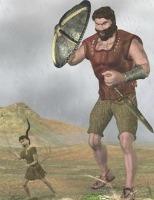 It has been a bruising few weeks in the GOP race for President. The politics of personal destruction is alive and well in Florida this year, thanks to the attack machine of RINO Mitt Romney, which has spent $17 million destroying Newt Gingrich. The Speaker has responded with his own attacks, but he has been overwhelmed by his better funded opponent. While it is nasty, this race is certainly not unique. The stark contrast between a well-funded front runner and a conservative challenger is reminiscent of the 1976 GOP primary battle between incumbent President Gerald Ford and conservative challenger Ronald Reagan. Ford was heavy favorite and enjoyed all of the establishment support. He was well funded and considered the presumptive nominee; however, Reagan had other ideas. The California conservative battled Ford to the convention, losing in a razor thin contest that set the stage for his ultimate nomination in 1980.

Both times Reagan ran for President, the GOP establishment was arrayed against him. Newt Gingrich faces a similar problem in this race. He lost Florida because of the onslaught of the attacks and two poor debate performances. His momentum from South Carolina is now a distant memory, in an ever changing presidential race. His goal will be to hang on until Super Tuesday March 6 and hopefully capture enough delegates to give his campaign a boost for the long months ahead.

Romney has the ultimate advantage, financial resources. He is supported by the big money donors of the GOP. He is also a multi-millionaire, who can dump almost unlimited funds into the race. While his Super-PAC is funded by a Nevada millionaire, Gingrich’s campaign must depend on support from the small donors, the grassroots Republicans, who populate the Tea Party organizations across the country.

It was no surprise that Gingrich won the straw poll of the Florida Tea Party Patriots. Most Tea Party members do not trust Romney because of his well-documented liberal record in Massachusetts. There is also disgust with Romney’s scorched earth campaign that has been employed against Gingrich and his other opponents. Sarah Palin called it the “tactics of the left.” She is right and if anyone is an expert on receiving personal attacks, it is Sarah Palin.

Among their many attacks, Romney and his allies have claimed that Gingrich is somehow anti-Reagan, even though Newt was one of the Congressmen working the hardest for the conservative agenda throughout his career. In fact, Newt has received the endorsement of someone who is an expert on the Reagan legacy, the President’s son Michael Reagan. At a 1995 dinner, Nancy Reagan said that “Barry Goldwater handed the torch to Ronnie, and in turn Ronnie turned that torch over to Newt and the Republican members of Congress to keep that dream alive.” Newt is the rightful conservative heir to Reagan, while Romney is nothing but a political opportunist.

While Newt was fighting liberals in Congress, Romney was a registered Independent voting for liberal presidential candidates like Jimmy Carter in 1980 and Paul Tsongas in 1992. In a 1994 debate, Romney claimed that he “did not want to go back to Reagan-Bush” policies. Clearly, Romney’s Republican pedigree is weak, yet the media keeps anointing him as smart choice for the GOP.

Of course, Newt has made ridiculous comments during a 40 year career and made mistakes, such as doing a television commercial with Nancy Pelosi. Yet, he is a true conservative, with a lifetime American Conservative Union voting record of 90 percent. Without Gingrich, there would have been no Republican house majority for the first time in 40 years, no budget surplus, no welfare reform, no 11 million new jobs and no capital gains tax cuts. He drove both the Republicans to power in the House of Representatives and the Clinton administration to the right. Without Gingrich, Bill Clinton would have unleashed a strident liberal agenda on the American people, a very frightening thought.

This history means nothing to the Republican establishment which will stop at nothing to derail Gingrich and win the nomination for Romney. The insiders want to crush the Tea Party movement and reassert control of the Republican Party.  As noted by Sarah Palin, “without the Tea Party there would have been no historic 2010 victory at all.” The GOP owes its power to the Tea Party and instead of showing thanks, it is showing utter contempt.

The moderate insiders hate the grassroots conservatives of the Tea Party who demand smaller government and a return to the U.S. Constitution. The insiders want government to grow, only with Republicans getting the contracts. The Tea Party actually wants to end the politics as usual system that the Democratic and Republican establishments both cherish. This is why the movement is such a threat and why Gingrich, the Tea Party’s favorite presidential candidate, must be crushed.

Despite calls from Republican insiders and the media to end the GOP presidential race, it must not end. There are still voters in 46 states who have not had a chance to cast a ballot. It is a battle that hopefully Gingrich will be able to continue to wage all the way until the convention at Tampa. It is a fight worth having for if the establishment wins control of the GOP, it will be the death of the Tea Party, the driving force of the conservative movement.

If Gingrich is the nominee, the Tea Party faithful will be energized and the grassroots will have won a historic battle against the establishment. It has only happened twice in modern history. In 1964 with Barry Goldwater and in 1980 with Ronald Reagan.

This race is a true David vs. Goliath story. As history notes, every now and then, the Underdog wins. Despite the Florida results, the Republican Underdog still has a chance. Thankfully, the fat lady has not sung, so let the race continue.

--
Jeff Crouere is a native of New Orleans, LA and he is the host of a Lo

uisiana based program, “Ringside Politics,” which airs at 7:30 p.m. Fri. and 10:00 p.m. Sun. on WLAE-TV 32, a PBS station, and 7 till 11 a.m.weekdays on WGSO 990 AM in New Orleans and the Northshore. For more information, visit his web site at www.ringsidepolitics.com. E-mail him at [email protected]