Jindal's Louisiana tax reform: what are the facts? 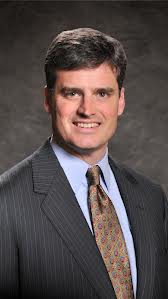 People are wondering what will be in the legislation developed by the Jindal administration. Organizations and interest groups throughout the state are debating over the impact of swapping personal and corporate tax for high sales tax.

Some in the movie and other industries are wondering if the source of their incomes will be diminished and if so, by how much, should the tax reform knife take a slice out of their sectors.

So, what is Jindal’s tax  reform about?

Here are two views: The first is an opinion by the Louisiana Progress, a “progressive” organization critical of the plan.  The second comes from the desk of the Secretary of Revenue, Tim Barfield, who is the point-person on the reform.

Sales Taxes instead of a flatter fairer income tax

What is motivating Governor Jindal to promote a radical change in course? Governor Jindal wants Louisiana to be like Texas with no income tax, but he is not willing to address property taxes and wants to raise sales taxes to fund state government.

What Is The Stelly Plan?

Background on the last fiscal reform efforts the 2003 Stelly Plan

Before 2003, the only thing predictable about Louisiana’s fiscal outlook was the annual budget “crisis” brought on by steadily rising costs and stagnant revenues. The causes of the yearly crises were easily understood but not so easily addressed: an over-dependence on mineral royalties, which declined precipitously after 1985; an equally heavy dependence on regressive sales taxes, some of which were renewed annually or biennially; and an income tax scheme that let many taxpayers off easy. Then, in late 2002, citizens statewide adopted the Stelly Plan, named for its architect, former state Rep. Vic Stelly of Lake Charles. Essentially, the Stelly Plan “swapped” higher income taxes for regressive sales taxes on groceries and residential utilities. The higher income taxes were actually an adjustment in the tax brackets. Under Stelly, individual income between $25,000 and $50,000 a year was taxed at 6 percent instead of 4 percent. The plan was designed to be revenue neutral at first and then increase state revenues in subsequent years as personal incomes rose. The Stelly Plan worked exactly as planned.

The Public Affairs Research Council Tax Advisory Panel includes many of the architects of the Stelly Plan. The recent PAR report identifies some concern about the sales tax strategy.

Thanks to the Stelly Plan, since 2003 Louisiana  had a balanced tax system that relies more or less equally on income taxes, severance taxes and sales taxes. Louisiana levies no state property tax. Starting in 2006, massive infusions of cash from insurance settlements, federal hurricane relief and a sudden rise in oil prices swelled state coffers with higher-than-expected sales and income tax receipts.

When Governor Jindal was elected in 2007, Louisiana faced with huge surpluses for the first time in decades and lawmakers could not resist the idea of rolling back the Stelly Plan. In 2008, lawmakers started dismantling the Stelly Plan, which led to a reduction  of revenue for the state..

In 2011, Governor Jindal would not even consider a $.04 sales tax on cigarettes to protect recent health care cuts. The proposal was vetoed and had to be added to a constitutional amendment to get passed. Now, Governor Jindal wants to add a $1.00 tax to every pack of cigarettes. WHIPLASH!

Now, Governor Jindal wants to be like Texas and eliminate the state income tax. Jindal thinks that businesses will move here if the income tax and corporate tax are eliminated. Governor Jindal’s proposed a plan to end all corporate and income taxes, in order to drive economic “investment” and Louisiana would make up that revenue with higher state sales taxes.

Even political commentator John Maginnis is bemused by the Jindal strategy.

“In the past month, cascading mid-year budget cuts have reduced or eliminated programs to aid emotionally troubled youth, battered women and the dying. At least, he did not add insult to injury by exhorting care-givers to do more with less.

For as much as his sweeping tax overhaul plan quickly dominated public discussion, the immediate challenge facing state government is dealing with possibly more deficits in the current fiscal year and then addressing the projected $1.2 billion shortfall in the year to come. Who wouldn’t want to talk about something else, something cheery, like tax cuts?”

Louisiana is facing a $1.2 million gap in the budget and now the Governor wants to eliminate almost $3 billion in taxes.

Last year Louisiana collected $2.9 billion through the individual and corporate income taxes and another $2.6 billion through the general sales tax. Maintaining current revenues with Jindal’s plan would require that sales tax revenues more than double, which means that, absent a significant broadening of the tax base, the tax rate would also have to rise substantially. For working people who pay fewer income taxes- the sales tax increase is huge and amounts to close to a 4 percentage point drop in after-tax income.

Who wants to pay 15% sales taxes? Are you kidding me?

The Tax Policy Center, which found that if Louisiana wanted to maintain its current revenues without income and corporate taxes, it would have to double its sales taxes.

The 2.7 % of people in Louisiana who make more than $250,000 might love the idea of no income tax. But an increase in sales tax would be a huge burden on families already working hard to make ends meet.

Furthermore, according to analysis by the Institute on Taxation and Economic Policy, Jindal’s plan will raise taxes on the bottom 80 percent of Louisianans, while cutting them for the richest 1 percent:

•           80% of Louisianans would see a tax increase from repealing the personal and corporate income taxes and replacing them with a higher sales tax.

What is the impact of increased sales taxes on consumption, tourists, retailers, restaurants, hotels, and real people? If you are retired and living on a fixed income, how can you pay more in sales taxes without affecting your standard of living.

The actual effect of Jindal’s tax plan will be to take money out of the hands of ordinary Louisiana citizens. For a state that’s already sixth from the bottom on inequality—and near the bottom on every indicator of social distress, from extreme poverty and homelessness, to infant mortality and unemployment—this is a disaster in the making.

The state already does not have enough money to adequately fund mental healthcare, K12 and higher education, hospitals and hospice care for the elderly. The safety net is shredded.

Alternatives: How can the state function without revenue?

Over the next several weeks more analysis will be conducted and organizations will weigh in on the implications of increasing sales taxes on car dealers, restaurants, tourists, and retailers. We will also need to determine what a 10% to 15% sales tax will mean at the local level for school boards, local governments, libraries and law enforcement. Will people pay sales taxes on all services?

If the income taxes are eliminated, how can the state continue to give away billions to business through tax incentives such as rebates and credits?

From the Office of the Secretary of Revenue, Tim Barfield

With news outlets continuing to report on the Governor’s goal of eliminating personal and corporate income taxes, some comparisons have been made between the sales tax and the income tax, and what it means for individuals and the state.

As you continue to report on this issue, we wanted to provide you with some facts and figures to keep in mind:

1. Sales tax is a MORE STABLE form of revenue compared to the personal income tax. According to the Louisiana Revenue Estimating Conference (REC) and the Louisiana Department of Revenue (LDR), sales tax collections have historically been MORE STABLE than personal income tax collections.  (REC Historical Data; LDR Annual Reports). Additionally, according to R. Alison Felix, who authored "The Growth and Volatility of State Tax Revenue Sources in the Tenth District," state sales taxes have proven to be a more stable source of revenue for year-to-year budgetary expenditures."

4. Sales tax grows with the economy. When compared to other sources of revenue, sales tax is relatively stable during economic downturns resulting in more revenue as the need arises.

5. Governor Jindal's proposal will KEEP the Constitutional protections for the exemptions of food for home consumption, prescription medicine, and residential utilities. These exemptions result in the average individual or family with income under $30,000 per year having almost half of their annual purchases exempt from state sales tax. These progressive provisions lessen the impact of the sales tax on lower income individuals and families.

6. In order to offset unfair impacts to low income groups, Governor Jindal's proposal will set aside funding to operate an Earned Income Tax Credit or a similar mechanism.

More in this category: « Jindal's tax reform should include cutting Motion Picture tax credits New Orleans Saints' Vilma's case and rant vs. Goodell was short-run »
back to top