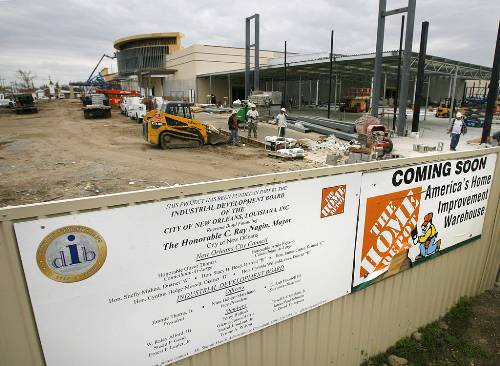 C. Ray Nagin, the man who was elected Mayor of New Orleans as a reformer has finally been indicted by federal prosecutors.

With this 21-count indictment on bribery, conspiracy, and money laundering charges, Nagin has been revealed as the most corrupt Mayor in New Orleans history.

No other mayor in the almost 300 year history of New Orleans has been indicted for corruption charges by a federal grand jury.

This marks a new low for New Orleans politics. Nagin promised citizens clean, pro-business policies that would be the envy of the country.  Instead he took payoffs of $50,000 in granite for his Stone Age LLC company. He also was paid bribes by businessmen looking to score contracts with the City of New Orleans. The federal government alleges that Nagin illegally received $50,000 by Frank Fradella, formerly of Home Solutions of America, and $72,500 by Rodney Williams of Three Fold Consultants.

He claimed he would search the world for the best and brightest employees to lead City Hall. Instead he hired cronies from Cox Cable and unstable personalities like Kimberly Williamson Butler, who emerged from a short jail stint comparing herself to Gandhi and Martin Luther Jr.

Nagin associated with corrupt business people like Fradella and technology vendor Mark St. Pierre, who is serving a 17 year jail sentence.  His top assistant was a law breaking egomaniac, Greg Meffert, who as Technology Director and Deputy Mayor enriched himself at the public’s expense.

In short, Nagin delivered nothing but corruption and broken promises.

His leadership of the city post-Katrina was a nightmare. He hired maybe the most delusional “recovery director” imaginable in Ed Blakely who spent his time bashing the citizens of New Orleans and collecting a lucrative salary while residing in Australia.

Nagin impeded the growth of New Orleans with his corruption, arrogance and incompetence.

His shameless descent into racism with the ‘chocolate city” comments was a stunning blow to unity in New Orleans and  served to further impede the recovery of the city post Katrina.

He was only re-elected in 2006 after he delivered racist appeals, for he could not run on any accomplishments.

Thankfully, he will be receiving what he deserves: justice.

He is a sad reminder that elections matter, they truly matter.