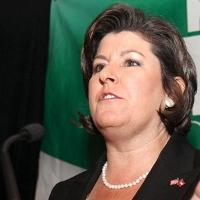 Susan G. Komen Race for the Cure vice-president Karen Handel resigned Tuesday after being blamed for the maneuver to oust Planned Parenthood.

Handel was  a 2010 Republican candidate for governor in Georgia argued against funding for Planned Parenthood, said politics had nothing to do with the decision to terminate Komen’s funding of Planned Parenthood.

In a story by AP, Handel said in a letter,

On Friday, Komen reversed its Planned Parenthood funding position after receiving substantial criticism of its decision to cut off funding.

More in this category: « New Orleans Events: United Way Cookoff, Barkus, Ball And All Sitting Louisiana Congressmen have money to burn for races »
back to top