Super Bowl XLVII In New Orleans Should Not Be M.I.A. 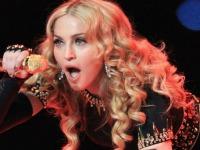 Fortunately, the Super Bowl lived up to its billing as a close, hard fought game between two great teams. Fans certainly enjoyed the action on the field and Indianapolis did a fine job of hosting the game.

In 2013, the sporting world will descend on New Orleans for the Super Bowl. It will be the city’s record tenth time as host of the biggest sporting event in the country.

As usual, New Orleans will do an excellent job of entertaining the throng of guests and the entire week long Super Bowl spectacle will showcase the fine hospitality and many attractions of the Crescent City.

Part of the uniqueness of New Orleans is the great musical heritage of the city. There is so much talent in New Orleans we have festivals almost every weekend featuring world class performers. From Kermit Ruffins to Aaron Neville, there is no city that can match New Orleans in musical talent. Therefore, the NFL should allow New Orleans to not only host the Super Bowl, but also host the half-time show.

Next year, the city’s musical royalty should perform at half-time. There should be Dr. John, Harry Connick, Jr. and the Neville Brothers on the stage. The NFL should not import the talent from Europe or any other American city. New Orleans performers know how to deliver a show that focuses on the music and not the staging. New Orleans musicians can also deliver a show without embarrassing the country with unnecessary profanity or nudity

On Sunday, Madonna gave a very mediocre performance that included elaborate staging, costuming and plenty of back-up dancers and singers. She lip-synced her way through 12 uneven minutes of entertainment. While her costumes were magnificent, her dancing was sub-par and her choice of accompanying talent was even more abysmal.

Sadly, Madonna chose the ungrateful and classless British rapper M.I.A. to share the stage with her. Instead of being overjoyed at the opportunity to perform in front of millions of people, M.I.A. cursed, grabbed her crotch, and gave American viewers the middle finger salute.

Both the NFL and NBC, the network that televised the game, as well as Madonna bear responsibility for the debacle. Madonna invited the rude rapper, while the NFL technically hired her and the rest of the “talent.” NBC was literally asleep at the switch and did not censor the profane gesture in time, so millions of Americans, including small children, were “flipped the bird” by M.I.A.

The obscenity generated even more discussion than Madonna’s overrated performance. The gesture will rank with the “wardrobe malfunction” of Janet Jackson as worst Super Bowl half-time controversies.

Next year, the NFL should save plenty of money and heartache and let New Orleans do what the city does best. Since we will be entertaining all of the thousands of media and fans attending the game, we can certainly entertain viewers with an excellent half-time show.

It is time the NFL stopped having to apologize for the behavior of its musical talent.

More in this category: « Jindal Announces New $365M Deal For NuStar In Louisiana New Orleans Events: United Way Cookoff, Barkus, Ball And All »
back to top