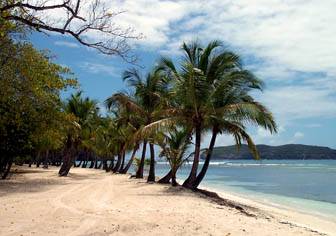 When a column like “Celeb Dirty Laundry” complains that pregnant Kate Middleton needs to get a job, you know it must be true.

But hey, doesn’t the fact that Kate, the Duchess of Cambridge (also known by the moniker “Waity”) is pregnant give her an excuse for prolonging her decade of unemployment?

Not according the “Celeb.”  “Kate Middleton Obsessed With Staying Skinny; Would Rather Work Out Than Work!” the online tabloid scolded just today.

And then, “Celeb” scolded some more: “Kate spent 10 years doing nothing but waiting for William to propose,” wrote “Celeb” authoress Jeanne Adams, “but she won’t be able to get away with it while she’s living on the tax payers’ dime. I’m just saying… if you feel well enough to do some pilates 100 and jackknives (pilates jargon), then you were probably well enough to have gone to Berlin for a day.”

That refers to the Great Britain Campaign in Berlin, Germany, which started yesterday and is going on today.  It’s a showcase of the best of British culture and industry, and since Waity is soooo sick and pregnant and Willie is, well, doing whatever it is that Willie does these days, flying the helicopter around the waves in Wales, trying on his dinner jacket, wheedling more presents from Her Majesty his Elderly Grandma, whatever, Prince Andrew’s daughters, Beatrice and Eugenie, are now walking around Berlin, shaking hands, accepting floral tributes and posies, and being royal.

Whatever “being royal” means.  Yes, I am paraphrasing, but it is a phrase we all remember.

And whatever “being royal” means, it must be different from what Willie and Waity are doing now.

Kate Middleton, known not only as “Waity” for her long courtesanship with Prince William, but also as “The Limpet” for her undislodgable, glue-like adherence to his side in all matters, is suspected of disappearing from public life not because she is pregnant and wanting to nap, eat pie and guzzle whipped cream and milkshakes (something every pregnant woman does, Pilates be damned), but for sneaking off to Mustique.

We aren’t sure and we don’t have proof, but word is that Waity and Willie are off with the madcap Middletons on yet another freebie jaunt to the tropical island where no photographers are allowed, where nobody is permitted to talk (maybe even upon pain of being found hanged in their clothes closet), and where Willie and his Waity in-laws are all well-known.  Luxurious villas, such as the fully staffed Aurora House, which belongs to hedge-fund manager Mark Cecil, are available to Willie and his new “normal” family for freebie guesting.  And in return, such generosity is royally rewarded, as when Cecil and his wife, Katie, were invited to Willie and Waity’s royal wedding.

It’s nice to have friends!  Especially friends who obey the law of omerta.

We don’t know for sure where Waity and Willie are hiding out.  It’s a Mustiquery!

More in this category: « The Indicted New Orleans Mayor Nagin, I remember Tax reform is political win-win for Louisiana Gov. Jindal »
back to top