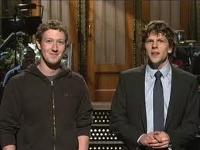 The announcement has captivated business news publications all over the world. Facebook is going public. It could be America’s greatest business success story — especially for a start-up. Facebook has turned into a huge cash cow.  Why wouldn’t I want a hunk of that?

The numbers are stunning. Last year, Facebook’s free cash flow jumped from $190 million to $470 million. Oh, to be a shareholder in 2011, when stock equity went from $2.2 billion to $4.9 billion. So now Mark Zuckerberg and Company want more cash, and Facebook reportedly expects an infusion of $5 billion in new cash from the proposed stock sale. $5 billion? What for?

Now, I’m a Facebook guy. I have 3515 Facebook friends the last time I checked.  I post my weekly columns, funny videos, and general commentary with a bit of humor almost every day. As a publisher, columnist, and talk show host, I used to receive proposed topics and ideas by email. But more and more suggestions are coming in through Facebook.  When I need weekend concert suggestions or cartoons and videos to post on my website, I check out Facebook.

And I do know a bit about Facebook’s founder Mark Zuckerberg.  No, I haven’t met him yet, but I have talked at length with the guy who plays him in the movie.  Did you see The Social Network?  Actor Jesse Eisenberg was nominated for an Academy Award for his portrayal of Zuckerberg. So here’s my Zuckerberg story.

I’m in New York visiting grandsons, and I receive a last minute invitation to an uptown cocktail party with movie people. I feel a bit out of my league, so I make small talk with whoever happens to bump in to me at the crowded gathering.  A kid tells me that he’s an actor.  “Have I seen you in anything?”  I said, continuing to check out the room.  “Well, I’m up for an academy award for playing Mark Zuckerberg in The Social Network.”  My interest picks up.

My new friend, Jesse Eisenberg, told me that he had met Zuckerberg once, when they both appeared on Saturday Night Live. “He didn’t have much to say,” Eisenberg told me.  “I don’t think he was too fond of the movie.” And for good reason.  Zuckerberg is portrayed as a ruthless young man with a big ego, who founded Facebook to increase his chances with girls.

So what’s this got to do with Facebook going public?  Like many IPO execs, ego and ruthlessness can become self-serving motifs for giving enormous benefits to those who own an existing part of the company. Legitimate reasons to go public might be to add a much larger inventory, build new plants, or expand into other fields. These projections would be good reasons for investors to buy a hunk of the new stock offering – capital to support a struggling start up in getting a firmer foothold from which it can grow public shareholder value.

But in the IPO prospectus, Facebook is quite open about not needing any new cash. So what are the reasons given by The Facebook’s team for the infusion of $5 billion from a public offering?  According to the Financial Times: “It intends to put the cash into US government bonds and savings accounts, and perhaps to use some to pay the tax due on converting into shares the “restricted stock units” it has given to its 3,200 employees.” So as the Times concludes, the only reason for the Facebook IPO is to generate a lot of cash for present stockholders and to pay for the taxes owed that will be triggered by, you guessed it, going public. There ought to be compelling reasons to go public other than to dump additional huge benefits into the already fat accounts of the privileged shareholders, to the likely disadvantage of the public shareholders.

If you are considering buying new Facebook stock, remember that Zuckerberg will appoint his own board and will hold on to more than one-half of the voting rights of his company.  Public shareholders will have no say in how the company is run. Yes, Zuckerberg did create the company from scratch, and some investors might feel OK with his calling all the shots with no checks and balances.  However, few public companies operate in this fashion; but on the other hand, few other companies have become so successful so quickly.

We will see a long list of new millionaires who have acquired stock in the current privately held company if the IPO is sold.  Did you read about the graffiti artist who painted Facebook’s walls? Instead of being paid in cash, he opted to take Facebook stock for his work, and his shares in new public company are projected to be worth in excess of $200 million.  One wonders how many of the present insiders will get rich, and then bail out with their new wealth?

Zuckerberg is quite open in his prospectus. “We are going public for our employees and our investors,” he writes. “We made a commitment to them when we gave them equity that we’d work hard to make it worth a lot and make it liquid, and with this IPO, we are fulfilling our commitment.”

You can’t knock Zuckerberg and his team for wanting to reap bountiful rewards for their work. The question for proposed investors is whether or not the upward spiral will continue. The present growth of Facebook has slowed down, and Inside Facebook reported that some 6 million users departed the company in a single month last year.  You might wonder just how much growth potential is there for a company that already has 845 million users.

Is this widely successful company for real as to future growth, or are we witnessing another Silicon Valley bubble, with “friends” getting bored and moving to a new start up?  Are you willing to roll the dice and take a chance?  As for me, I think I’ll pass on the opportunity to become a rich guy.  I might just call my new friend Jesse, and take in a movie.

“I started the site when I was 19.  I didn’t know much about business back then.” Mark Zuckerberg

Jim Brown’s syndicated column appears each week in numerous newspapers and websites throughout the South.  You can read past columns and see continuing updates at www.jimbrownusa.com.  You can also hear Jim’s nationally syndicated radio show each Sunday morning from 9 am till 11:00 am, central time, on the Genesis Radio Network, with a live stream at http://www.jimbrownusa.com.