Pinsonat: Screwing of the Louisiana Taxpayers 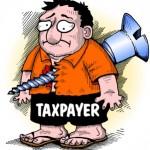 What on the burning issues in Louisiana has the legislative session approaches?

This is what Bayoubuzz has asked political analyst and pollster, Bernie Pinsonat of Southern Media & Opinion Research (SMOR).

In the first part of a multipart interview series, Pinsonat addresses the recent controversy over administration and certain government hires along with the current debate over the state retirement system.

How do you feel about legislators getting state jobs at very high salaries both for the Jindal administration and for others?

I feel like the rest of the taxpayers. We are getting ripped off by political insiders. It is more of the same old, same old Louisiana politics.  It is who you know in Louisianan rather than what you know. I feel bad for our current legislators as they are just as upset about their colleagues getting into the state retirement system and benefiting themselves with huge retirement checks for just a few years of full time employment. I love the response of these legislators. I am only doing what others have done and besides what I am doing is perfectly legal! What they are really telling us tax payers?  I am entitled! Look for the current legislature to propose legislation to close this loop hole and shut down this horrible practice.  One of the major issues this session is reforming the Louisiana state retirement system.  As far as tax payers is concerned, this ought to be priority number one.

One of the major issues this session is reforming the Louisiana state retirement system.  What is Governor Jindal attempting to do and do you think he will be successful or not?

Governor Jindal is attempting to reduce the debt for the State of Louisiana. The retirement system is now a huge part of that debt. Having state employees pay more into system is one of his proposals. Changing the retirement age from fifty years old to sixty seven years old is another proposal and will be very controversial. If this passes in its current form I would be very surprised. Changing the rules on new employees is fair, changing the rules on current employees who came into the system with one set of rules is not fair and the legality is certainly questionable. The average state employee is not getting rich. The average state employee is bearing the brunt of jobs being cut – you don’t really think the high salaried state employees are bearing the brunt of the job reduction in state government. The high salaried state employees can retire tomorrow and still get along nicely – that is not the case with a state employee who makes forty thousand a year or less. We now have state employees who make hundreds of thousands per year / their retirement ought to be the hardest hit by reform – after all we gave the average state workers better than average retirement and health care benefits because we pay them so little. This is not the case for all of the hundred thousand a year plus state workers. I think the Jindal is going to suffer politically if he does not recognize this difference.

Talk about this issue below

Does your business have a customized phone app?  Why not?