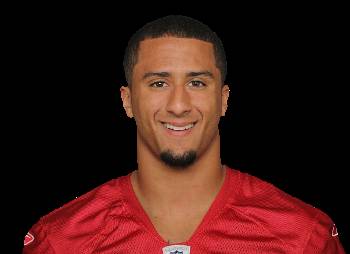 It's the “Brothers Bowl”.  Or the “Harbaugh Bowl”.  I've heard it being named the “Harbowl”.  I suppose we can dub it the “Can and Able” bowl with two brothers, coaches Jim and John Harbaugh, the former of the 49ers and the latter of the Ravens facing one another in the appraoching Super Bowl  game in New Orleans.

However, especially those living in New Orleans, were hoping that the brothers would have been Peyton and Eli Manning  since the boys made passing look easy when growing up playing at Newman, in the Big Easy.

But, those pair of siblings met a similar fate and now must watch the big game at the Mercedes Benz Superdome from the stands, like the rest of the NFL mortals.

Of course, virtually all of New Orleans were praying for a different match.  The WhoDats were forever the optimists as their blessed Saints failed to  be the first NFL team ever to win the game of games while being the host city.  Unfortunately, Commissioner Goodell had other plans and and suspended the team in proverbial Bountygate midair.

So, now, with slightly less than two weeks to go until the house comes  down in New Orleans, writers from all over the world are looking for a super-duper “Super Bowl theme”  for the greatest show on earth, if you are not counting Mardi Gras, which is dubed the Greatest “Free” show on Earth.

for now, the obvious tag is the brothers two, matching wits and fits on the sidelines.

Yet, there is the “Rolling stone” of Randy Moss, who has seen limited action after being traded to the San Francisco 49ers but who is always a dangerous threat, even if he is not as unmanageable or dangerous as he was during NFL days of yore.

Surely, the Ray Lewis story has a certain nostalgic ring.  The  legendary Baltimore linebacker will be playing his last pro football game and you can bet his fellow Ravens would love nothing more than to win it  all for the man known as the brick wall of the east.

Then, let us not forget about that San Francisco quarterback, …that what’s his name, aw heck, I can't say it anyway.    Right, Colin Kapernick.  The goatee-tattooed dude, who throws like a hawk and runs like gazelle, has set fire to the 49ers's offense by upsetting the New Orleans Saints then sporting a 5-1-1 record, mostly against some very formidable opponents.

While the Super Bowl game might not have the invincibility aura of the Joe Montana-run and Jerry Rice-catch of the San Francisco 49er of the past, there new legacy could be more of the run and gun years of Steve Young who previously played for college football giant, Brigham  Young, just like Kapernick quarterbacked for the powerhouse, Nevada U.

So, what might be the major Super Bowl theme could just depend upon what story-line emerges as the count-down to Super Bowl memory continues to tick.

Here are some of the news articles of today, making waves on the Internet:

If the Baltimore Ravens are to become Super Bowl champions, they'll have to beat the odds again to do it.

Bookmakers in this gambling city mostly have the San Francisco 49ers 4.5-point favorites over the Ravens in the Super Bowl, amid expectations this could be the heaviest bet title game ever.

Some sports books didn't even wait until the clock ran out in the Ravens win over the New England Patriots to set the line. At the LVH sports book, a line favoring the 49ers by 4.5 points was put up just before the 2-minute warning, and bettors didn't waste any time to get money down on the game.

By now, we all know that Super Bowl XLVII will be the first ever HarBowl – with two brothers (John and Jim Harbaugh) coaching against each other.

If that bit of trivia misleads you to think that his might lead to a Super Bowl of fraternal goodwill, then you clearly don't know Jack – Harbaugh, that is, patriarch of the Harbaugh clan.

It would seem that Jack Harbaugh did not raise his sons to be good losers – or good winners, for that matter. When the Jim-coached San Francisco 49ers defeated the Detroit Lions two years ago, Jim nearly got into a fist-fight with the opposing coach. It was meant to be a consoling handshake.

But he's been nothing short of a model citizen since arriving in San Francisco. Despite an extremely limited role within the offense during the regular season, he stayed out of the spotlight and eliminated any concerns about his affect on the locker room.

Including the playoffs, Moss has made 33 catches for just over 500 yards and three touchdowns. Even though those numbers would suggest he's nothing more than a minor option in the 49ers offense, the Baltimore Ravens can't afford to overlook him.

If he didn't wilt in the noise of the Georgia Dome, down 17-0 and with little working on offense Sunday, he won't melt under the lights in the Superdome on Super Bowl Sunday. That calm little hesitation before giving the ball to Frank Gore on the game-winning touchdown in Atlanta was a veteran move that froze the Falcons' defense in a clutch spot. He'll be fine on the game's biggest stage. He's ready for it.

In the Super Bowl for the second time in team history and the first time in 12 years, the Ravens will play the San Francisco 49ers, 28-24 winners over the Atlanta Falcons in the NFC championship game, Feb. 3 at the Mercedes-Benz Superdome. The game will pit Ravens coach John Harbaugh against his younger brother, Jim, the coach of the 49ers.

“I don't know if we had a dream this big,” John Harbaugh said. “We had a few dreams, we had a few fights, we had a few arguments. We'll try to stay out of that business. We'll let the two teams duke it out.”

John Harbaugh's team was at its best when it absolutely had to be, steamrollering Bill Belichick's Patriots — who led 13-7 at halftime — over the final 30 minutes. Belichick had been 72-1 when leading at halftime at Gillette Stadium, including 67-0 with Brady at the helm. But they had no answers for quarterback Joe Flacco or for a Ravens defense that not only forced three turnovers in the second half, but forced several Patriots to the sidelines.

“The 49ers have been a sexy team all year,” he said. “The Ravens don’t get a lot of respect from the public, but that bandwagon is getting a lot more supporters as we speak.”

The 49ers beat the Atlanta Falcons in the NFC title game Sunday afternoon, rallying in the second half after falling behind by 17 points. The Ravens defeated the New England Patriots for the AFC championship later that night, with Joe Flacco throwing three touchdown passes in just over 10 minutes. The win also sets the stage for a potential storybook ending to Ray Lewis’ career — riding off into the sunset with the Lombardi Trophy by his side.

More in this category: « Tax reform is political win-win for Louisiana Gov. Jindal Text of Obama Inaugural Address: All of us are created equal »
back to top