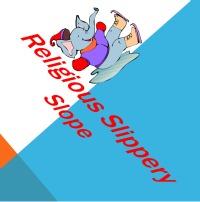 I’m confused about the controversy surrounding the debate over the President’s new birth control rule.  Some religious leaders, especially U.S. Catholic Bishops, as well as a litany of republican politicians, have criticized the White House proposal that all health insurance plans have to offer birth control options. But is it the birth control requirement that has engendered so much animosity, or is really more an issue of government interference in church related policy? Is it pelvic politics or religious freedom?

The White House has offered a birth control alternative that allows a religious employer to decline contraception options, but requires that the employer’s insurance company make these same options available directly to the employee. If any employee of such an institution desires the birth control option, the insurance company has to supply it free of charge to the employee.  But no service is free.  Somebody has to pay for it. If the insurance provider cannot charge additional cost to the religious based plan, the new charges will end up being paid by the other policyholders buying health insurance.  Like you and me.  There’s no free lunch.

To say that a religious institution is not supplying contraceptives to their employees under such a plan is nothing more than an accounting gimmick.  If you’re the boss and you make arrangements for your employees to be covered by some outside source, you’re the one making the decision.  Call the process what you will, but under this new plan, religious institutions are not really exempt from the new federal rule.

So should any institution be exempt from the birth control rules?  It may be reasonable, as a guideline for any future legal challenge, to consider the purpose of the institution.  The mission of a church is to teach religion. Therefore, any employee of a church would come to work knowing that the focus of such a religious entity is to teach religious doctrine.  And part of that doctrine may be the prohibition of contraception.

But the primary purpose of a hospital is healthcare. In my hometown of Baton Rouge, we are fortunate to have a first rate catholic hospital called, The Lady of the Lake.  It is an outreach commitment of the Franciscan Missionaries. The medical care is excellent. I’ve visited The Lady of the Lake Hospital numerous times, and never once have I gotten the impression that there is an effort to spread catholic doctrine. The mission of Lady of the Lake and other religious affiliated hospitals I have visited is to provide healthcare.

Remember that these religious affiliated hospitals operate on more than just insurance and patient proceeds.  In addition, Medicare, Medicaid, as well as federal, state and community grants, provide funds and are all from public resources.  So with so much public money involved, how do you justify giving certain institutions exemptions from the rules?  Shouldn’t there be uniformity where tax dollars are involved? If the rules are unfair, throw out the politicians who voted for and implemented such rules, and then lobby to change the rules for all.

Offering birth control to employees by any business, church related or not, is certainly not a new precept. The Wall Street Journal reported this week that, “Contraception is the single most prescribed medicine for women between 18 and 44 years old, and nine out of ten insurers and employers already cover it.” Twenty-eight states already have mandated the same contraception availability healthcare coverage that is proposed in the new federal plan.

The Guttmacher Institute, a non partisan research organization, released a study last year that concluded 98% of American Catholic Women have used artificial birth control. The Public Religion Research Institute reported last week that 52 % of Catholics back the new plan and believe that birth control should be part of any insurance option offered by Catholic universities and hospitals.  So it would seem that a majority of Catholics oppose the special exemption from the new plan being demanded by Catholic institutions.

So now we continue down this “slippery slope.”  I would doubt that Catholic bishops believe they alone are entitled to exemptions when their beliefs are at odds with public policy in regard to health care.  So what about Christian Scientists who traditionally oppose medical procedures? And the Jehovah Witnesses who believe human blood transfusions are wrong.

Can Jewish orthodox businesses restrict what medical procedures their employees can receive?  Can ultraconservative Muslim businesses demand that medical clinics be segregated by gender?  Can certain treatments be banned from being offered to employees of exempted special groups? Does religious freedom mean that religious institutions have the right to restrict or interfere with public policy, in this case regarding healthcare?

The founders of our country felt quite strongly about the importance of the separation of the church and state. The government should not choose favorites, and allow religion to practice outside the constraints of public authority.  But this separation works both ways.  George Washington clarified this distinction by saying: “The United States should have a foundation free from the influence of clergy.”

Thomas Jefferson continued Washington’s dialogue by pointing out that there are obligations on both church and state to maintain responsible separation. “The United States government must not undertake to run the Churches. When an individual, in the Church or out of it, becomes dangerous to the public interest he must be checked.”  What Jefferson is saying is that there are freedoms to believe and freedoms to act. There must be a fine, but firm line between supporting religious beliefs and protecting all citizens in an equal manner.  According to our founders, it should be a hard line to cross.

“The problem with writing about religion is that you run the risk of offending sincerely religious people, and then they come after you with machetes.”    Humorist  Dave Berry

Jim Brown’s syndicated column appears each week in numerous newspapers throughout the South and on websites worldwide.  You can read all his past columns and see continuing updates at http://www.jimbrownusa.com.  .   You can also hear Jim’s nationally syndicated radio show each Sunday morning from 9 am till 11:00 am, central time, on the Genesis Radio Network, with a live stream at http://www.jimbrownusa.com.