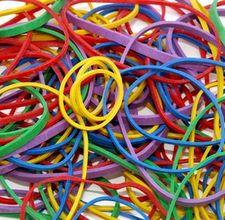 In a speech on Wednesday to 4300 online activists, former Louisiana Governor Buddy Roemer formally dropped his bid for the Republican nomination for President.   Most voters were not even sure Roemer was running due in part to his strict, self-imposed campaign finance limits of $100 per person.

Instead, Roemer will seek the nomination of Americans Elect.  The independent group, explained local rep Chris Villere, “is not a political party.  We are aiming to just give people another choice on the ballot.  And we are on track to have ballot access in all 50 states.“

Americans Elect seeks a bipartisan presidential ticket that will be nominated in an online convention this summer.  “If the Presidential candidate is of one party, his Vice President must be from another,” Villere explained.  It is the perfect venue for Roemer who was first elected to the Governorship as a Democrat, and holds several moderate positions.  (At one point, Roemer called Conn. Senator Joseph Lieberman the “perfect“ running mate.  Lieberman polietely refused Roemer‘s suggestion, saying that he had “been there. Done that.  And had the hanging chad to prove it.”

Roemer believes that his platform of the corrupting influence of money in politics, matched with Americans Elect’s outsider message, is the perfect fit.   The group was founded on the premise that the broader electorate is fed up with the special interest-laden two-party system.   Third-party candidates often fail to obtain ballot access, though, to present the message.   Americans Elect has dedicated $15 million of its $35 million budget to the tall task of accumulating enough signatures to get a presidential ticket on the ballot in all of the states. Villere explained that over a third of the task is completed, having gotten on the ballot in 16 states so far.  Some of the efforts were literally Herculean.  “I‘m from California originally.  There, Americans Elect had to get over a million and a half signatures just to get on the ballot.  It was the largest signature campaign in the state‘s history.”

Technically Americans Elect is not a political party.  “Our platform and our candidate will be decided online at Americanselect.org.  Anyone can join in with the effort.  Just go online and register as a delegate.”

The organization originally filed with the Federal Election Commission from a 527 political group but recently changed its status to a 501(c)4 social welfare organization  As such, it need not reveal the identities of many of its donors.

Despite criticisms from watchdog groups like Democracy 21, Americans Elect has defended the move.  Villere explained, “We’re seeking ballot access.  We’re trying to get a candidate on the ballot in all 50 states…Then the candidate runs his own campaign, raises his own money.”

Americans Elect maintained that due to the fact it does not advocate for any political positions--in other words stands as an “empty vessel” for its eventual nominee--that candidate will have to hire staff and raise his or her own funds heading into the general election.  Not a dime of the 5,000 donors contribute thus far will be available to the candidate.

The bulk of Americans Elect’s funding has come from a relatively small group of seed donors, including $5 million from Peter Ackerman, its founding chairman. The group maintains that the playing field would have been inexorably rigged against it if it had to play by disclosure rules that were written for the benefit of the two major U.S. political parties.

Still, the issue is one with which Roemer has grappled, in an interview with the political website www.realclearpolitics.com.  “It’s a tough one,” he said, noting that his own rule of refusing donations over $100 would not change if he were to become the group’s nominee. “I think Americans Elect ought to fully disclose where they got their money. Fully disclose! And I will make that point over and over again.”

Roemer told reporter Scott Conroy that his own ignorance of the identities of Americans Elect’s donors made his decision to seek their nomination easier. “If I don’t know who the contributors are, they can’t do a damned thing to me,” he said. “Here’s what the alternative is: to do nothing, to stand by and take a corrupt political system like it is.”

Villere did point out that while Roemer may be the only announced candidate seeking the Americans Elect nod, other potential candidates enjoy even more online support.  They include Congressman Ron Paul, former New Mexico Gov. Gary Johnson, Vermont Senator Bernie Sanders, New York City Mayor Michael Bloomberg, and CIA Director David Petraeus.   Roemer currently sits in seventh place in an early gauge of support on Americans Elect’s website, behind the likes of Bloomberg, Jon Huntsman and Ron Paul (and also President Obama and Stephen Colbert, for that matter).

Still, Roemer was confident he could not only get the group’s backing--through his social media savvy--but get into the presidential debates in the fall.   “The key number for me is 15 percent,” Roemer told RCP in reference to the polling threshold at which the Commission on Presidential Debates allows a third-party candidate to share a stage with the Democratic and Republican nominees. “If I can get on the stage, and 15 percent lets me do that, then I’ve got a shot to do what many of the Republicans have done in the debates. They’ve come from nowhere to be first in their class.”

Roemer’s last stand at the polls amounted to less than a 1,000 votes in New Hampshire.  The former LA Governor had lived in the state for months, in the living rooms, dens, and coffee shop counters, engaging in retail politics.  He may not have gotten the votes, but he qualified for over $100,000 in federal matching funds.

Roemer also said that he would seek the nearly defunct Reform Party nomination, in an effort to be on every state ballot in November, should American's Elect not succeed in their effort.