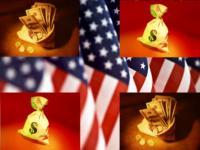 The Republican Party turned its back on Buddy Roemer, so now he is turning his back on the GOP.
The Bossier City native, a former Louisiana congressman and governor, has become an Independent and will pursue the White House through a third-party candidacy.

In an e-mail to supporters, Roemer said, “I have decided to take my campaign directly to the American people by declaring my candidacy for Americans Elect as an Independent.  Also, after many discussions with The Reform Party, I am excited to announce my intentions of seeking their nomination.”
Roemer was ignored by the Republican Party after he declared his candidacy for president and was not allowed to participate in any of the 20 debates held for the Republican presidential hopefuls.
He was hampered by the fact that he does not accept contributions of more than $100 from individuals and accepts no PAC money.  However, he is the first candidate to qualify for federal matching funds, which will give an initial boost to his campaign coffer of $100,000.
“This Republican primary race has been unlike any we have ever seen.  The partisanship, negative campaigning, and PAC and Super PAC money are out of control,” Roemer said.
He added, “People are not satisfied with their choices and with the divisions being created in a time when the nation needs to come together and fix our country.”
Roemer’s third-party movement has to be of concern to both major parties.  Recent polls show that 48% believe the country needs a third party.  And 68% said they would definitely vote for or consider voting for a third party candidate.
Roemer’s campaign theme of taking on the special interests that control Congress and the corruptive influence of money in politics could ignite support for him among independent voters and among those who are dissatisfied with both the Republican and Democratic parties.
“It is time to heal our nation.  It is time to build a coalition of Americans who are fed up with the status quo and the partisan gridlock that infects Washington,” Roemer said.

In the general presidential election, it’s winner-take-all.  It is believed that Independent Ross Perot helped Democrat Bill Clinton defeat Republican President George H.W. Bush in 1992 when Perot received 19% of the popular vote, but no electoral votes.
Similarly, in 2000, analysts concluded that third-party candidate Ralph Nader helped Republican George W. Bush defeat Democratic Vice President Al Gore by taking liberal votes away from Gore.
If Roemer does run as a third-party candidate, it is hard to speculate who would benefit – President Barack Obama or the Republican candidate.  Likely, analysts say, Roemer would draw more votes from the Republican candidate than the Democratic candidate.
Other names have popped up as potential third-party candidates for the 2012 election.  Foremost among them is U.S. Rep. Ron Paul of Texas, who is still in the fight for the Republican nomination.  But he is a Libertarian philosophically and could run with that party label.
Even a third party run will eventually come down to money.  If Roemer can’t get his message out, his new road to the White House could be a long one.