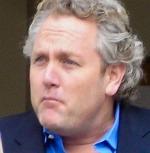 Today, conservatism lost its brightest star, Andrew Breitbart, who died at the young age of 43. According to his staff, Breitbart died of natural causes. His father-in-law Orson Bean reported that Breitbart had suffered from heart problems last year.

Breitbart was a visionary conservative who pushed the envelope with many of his investigations.  He continually led a sometimes reluctant conservative movement to take action and fight back. He never shied away from a fight and relished his many enemies in the world of politics.

Conservatives of all stripes recognize Breitbart’s lasting influence. According to Newt Gingrich, Breitbart was “innovative” with both “great courage and creativity.” Rick Santorum called Breitbart a “powerful force” and said he was ‘crestfallen” with the news of his passing.

Andrew Breitbart was not always a conservative icon. He was a Hollywood liberal before he saw the light and became a conservative activist. He initially worked behind the scenes at the Huffington Post, helping launch that site. He also worked with Matt Drudge and helped the Drudge Report become an Internet sensation.

Three years ago, he decided to step into the limelight. He was instrumental in the growth of the Tea Party movement. He also launched a variety of websites exposing liberalism in government, journalism, and Hollywood.

He single handily brought down New York Congressman Anthony Weiner by publishing the Congressman’s sexually explicit photographs. He showed that Weiner was lying about the story. Because of Breitbart, a dishonest pervert was driven from Congress and the people of Weiner’s New York district were able to elect a more honorable representative. The people of this country owe Andrew Breitbart a big thank you for his role in that important case and helping to rid Congress of an unworthy member.

By airing shocking video of two activists pretending to be a pimp and a prostitute receiving assistance at an ACORN office, Breitbart motivated Congress to withdraw funding from the corrupt organization. Eventually, ACORN were investigated by the Justice Department, declared bankruptcy and officially closed their doors. Andrew Breitbart was a major reason why the organization failed. Again, the people of America owe Andrew Breitbart a great deal of gratitude for his courageous reporting on ACORN.

Andrew Breitbart was not only a conservative journalist, but he was also an activist who could count some significant accomplishments. Few in the conservative movement have ever been so successful and no one operating today has had a bigger influence on current events.

He was a big influence on the conservative movement by generating groundbreaking stories, investigating corruption and exposing political fraud. He was bold in attacking powerful interests regardless of the consequences. Without question, he also had a beautiful impact on this country because whenever truth prevails, the county benefits.

This will be a tremendous loss and a reminder to all in political life that urgency is constantly required because we never know when the Creator will call us home.

For Andrew Breitbart, he is now in a better place in Heaven with God, but he has also left his beloved country a much better because of what he did with his life. He did what he enjoyed doing, had a major impact and will serve as a motivation to countless others for many years to come. RIP Andrew Breitbart, it was a job well done.

More in this category: « Louisiana Democrats Need More Than Tours and Web Sites Stacy Head to Open Headquarters For New Orleans Council At Large Race »
back to top