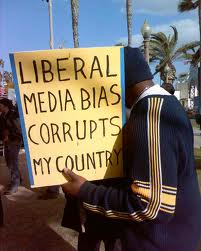 On Saturday, talk radio giant Rush Limbaugh apologized for calling Georgetown law student Sandra Fluke a “prostitute” and a “slut.” In testimony before Congress, she demanded free birth control prescriptions, noting that without insurance coverage it could cost a woman $3,000 over three years of law school. Fluke claimed that she was “embarrassed” at the pharmacy counter when she discovered for “the first time” that such contraceptives were not included in the Georgetown health insurance plan.

It is hard to believe that a professional activist like Fluke did not know about Georgetown’s insurance plan. She has a long history working in liberal organizations and is the former President of Law Students for Reproductive Justice and former Vice President of the Women’s Legal Alliance. Her liberal activism is why the 30-year old was invited by pro-choice Democrats to testify on Capital Hill. Politically speaking, it is clear that Ms. Fluke is no virgin to the process.

In making his point that the university should not have to comprise its religious principles and be mandated by the federal government to provide contraceptive medication, Limbaugh went overboard in attacking Ms. Fluke. He admitted that his comments were “inappropriate” and “uncalled for” and that the personal attacks “distracted from the point I was actually trying to make.” Sadly, ten of Limbaugh’s major advertisers have dropped their sponsorship of his show, responding to threats from liberal special interest groups like Media Matters. These advertisers were pressured by the forces of political correctness, the same ones who forced Glenn Beck from the Fox News airwaves last year.

Limbaugh was courageous enough to apologize, unlike his liberal counterparts. Bill Maher has called Condoleezza Rice, Sarah Palin and Michele Bachmann much worse without any apologies. His network, HBO, stands behind his vile commentary no matter how insulting he is to conservative women. Talk show host Laura Ingraham was called a “slut” by MSNBC host Ed Schultz and Barbara Walters of “The View” laughed about the insult. Schultz was suspended, but retained his position and no sponsors left his program.

While he called Fluke and unnecessarily inserted himself into the controversy, President Obama never called Ingraham or any of the conservative women attacked on a regular basis. President Obama is obviously only concerned about protecting the reputation of liberal women.

There is a total double standard in our media environment today. The politically correct (PC) police are working non-stop to limit the free speech rights of conservatives while protecting the rights of liberals to insult any conservative. Groups like Media Matters spend all of their time taping conservative talk shows in the hopes they can highlight a mistake and force a host from the air. They want to make sure the conservative viewpoint is not heard.

In contrast, I believe that all opinions are valid and need to be heard on the airwaves. On my radio show (Ringside, 7-11 a.m. CST, WGSO 990 AM, www.wgso.com) I allow a diversity of calls on the air. Unlike some talk show hosts, I do not prevent controversial views from being heard. I believe in a free speech forum, where the First Amendment is celebrated by all types of callers.

Sadly, this philosophy is not shared by most liberals. The PC police are working overtime to limit the free speech rights of conservatives. Their victories against Limbaugh and Beck are only the first step. Ultimately, they want to pass the Fairness Doctrine and literally shutdown talk radio.

Right now, Fox News, the Internet and talk radio are the only counterbalances to the overwhelming liberal media dominance in the mainstream press. Liberals control the vast majority of the major broadcast networks, the daily newspapers, magazines, cable news organizations and of course Hollywood and the entertainment industry.

Conservatives only have a few outlets and they are under ferocious attack by liberal activists.

It is time that conservatives fought back and used the same tactics as the left. Conservatives should organize campaigns to support sponsors of conservative shows and boycott liberal networks like HBO that feature filth merchants like Bill Maher. It is also time to boycott sponsors that support hosts like Ed Schultz and other liberal apologists on MSNBC.

It is time to fight fire with fire. Otherwise, the airwaves will be singing the same liberal tune and America will become a modern day version of the Soviet Union where all of the media supports the administration and no countervailing opinions are allowed.

Free speech will be a major factor in determining whether our country maintains our constitutional republic or moves one step closer to communism?

The Louisiana Putz and Breitbart, The Last Tweets