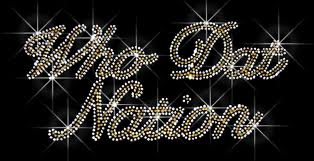 New Orleans Saints fans are stunned by the recent report from ESPN that thre is still an impasse between their beloved quarterback Drew Brees and the team’s front office.

When it was first reported that Drew Brees had finished the season without signing a contract, the quarterback assured the Who Dat Nation that it would be done very soon.

Throughout the arduous and circuitous process, both the owner Tom Benson and Brees have publically assured us that the contract “will get done”

Now that we are five days from the deadline, it is not.

Brees has said he will play this season.

Is it possible that he will hold out altogether and sign the one year offer some time down the  road during training camp or worse, during the regular season?

Some say it is impossible for Brees to snub football and New Orleans.

Is it possible for Benson to allow his team to lose its leader, its arm and some believe, its whole body.

Before saying no, here are some clippings about the father of “Who Dat Nation”, Bobby Hebert, former New Orleans Saints quarterback:

The New Orleans Saints said goodbye to quarterback Bobby Hebert on Monday and signed Atlanta's Wade Wilson to a three-year contract averaging about $2 million a year. Saints General Manager Jim Finks said Hebert, an unrestricted free agent who has been shopping for another team, will not be offered a contract. Coach Jim Mora said Wilson will compete with Steve Walsh and Mike Buck for the quarterback job. "This will give us an opportunity to see what our young quarterbacks can do," Finks said.

Free agent Bobby Hebert, starting quarterback for the New Orleans Saints last season, agreed Wednesday to a three-year, $10.4 million contract with the Atlanta Falcons. Hebert's agent, Greg Campbell, denied reports that Hebert rejected a two-year, $6 million deal with New Orleans, saying that Saints General Manager Jim Finks "reneged" on such an agreement. Hebert intends to compete with Chris Miller for the starting job. "Without a doubt," he said at a news conference.