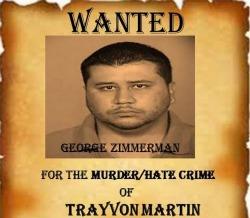 The death of Trayvon Martin has become the latest controversy to engulf the national media, civil rights leaders and mindless celebrities.

The killing of an unarmed Martin by night watchman George Zimmerman created a frenzy of media coverage and has led to a string of inappropriate comments and behavior by public figures.


The militant New Black Panther Party issued a $10,000 bounty on the head of George Zimmerman. They have called for his capture “dead or alive.” A “Kill Zimmerman” Twitter account has been created that is filled with hate and calls for violence.

In such a circus atmosphere, it is quite sad that irresponsible celebrities have stepped forward to pour gasoline on this raging fire.

Filmmaker Spike Lee posted on his Twitter account what he thought was the address of George Zimmerman with the phrase “reach out and touch him.” This message was forwarded to his 240,000 followers. Obviously, by posting both the provocative message and the address Lee was calling for his followers to inflict harm on George Zimmerman. This was clearly inciting violence and a lynch mob type of vigilante justice.

Lee should have been charged with a crime and kicked off of Twitter, for the site has a policy publishing “people’s private and confidential information.” Instead, Lee is still posting messages and has not been charged with a crime. In actuality, he posted the address of an elderly couple, not George Zimmerman. David McClain, age 70, and his wife Elaine, age 72, were forced to vacate their home after receiving death threats. The couple relocated to a hotel amid a flurry of harassment and abuse. Eventually, Lee apologized for his reckless behavior and reached a financial settlement with Mr. and Mrs. McClain.

The really sad part is that he did not care about the potential for mayhem before sending out the wrong address. He was implying to his followers to storm Zimmerman’s home and remove him for some sort of street justice

An even worse atrocity was committed by comedian Roseanne Barr. She posted the correct address of George Zimmerman’s parents on her Twitter account. This was sent to her 110,000 followers. Later, she removed the post, noting that she did not realize that “it was private not public.” Like Lee, Barr possibly committed a crime and violated Twitter rules. She is a true idiot who is also promoting vigilante justice.

On CNN last night, George Zimmerman’s brother said that the family has received death threats. Many of these threats were no doubt a result of Barr’s reprehensible behavior.  To make matters worse, Barr claimed that if Zimmerman is not arrested, she would post his address again and maybe “go 2 his house myself.” She does not explain what she would do, but the implication is that she would attempt to harm George Zimmerman. So this is the state of our country today where hateful celebrities are encouraging poor souls who follow them to engage in potentially violent behavior against someone who has not yet been charged with a crime.

The actions of Lee, Barr and other celebrities could lead to criminal behavior or violence against an innocent member of the Zimmerman family. In that situation, Lee and Barr could be liable for their hateful postings.

Instead of following peddlers of racism and hate, Americans should allow our justice system to work. Independent investigators are now examining the case and will prosecute George Zimmerman if the evidence warrants such an action. If not, Zimmerman should be allowed to re-enter society and live a normal life without celebrities encouraging violence against him.

In America, we have a system of laws that we must follow. Vigilantes cannot overrun our court system just because they do not like a certain decision by a police department, prosecutor or judge.  Like it or not, it is the best system in the world, even if sometimes mistakes are made.{sidebar id=9}

eff Crouere is a native of New Orleans, LA and he is the host of a Louisiana based program, “Ringside Politics,” which airs at 7:30 p.m. Fri. and 10:00 p.m. Sun. on WLAE-TV 32, a PBS station, and 7 till 11 a.m.weekdays on WGSO 990 AM in New Orleans and the Northshore. For more information, visit his web site at www.ringsidepolitics.com. E-mail him at [email protected]">[email protected]. 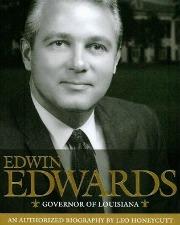 More in this category: « Payton Appeals, Hopes To See NFL Evidence, No Saints Offers To Purcells New Orleans Saints Coach Payton To Appeal To NFL Kangaroo Court of Goodell »
back to top