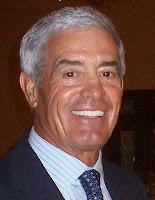 Just as talk of future Hall of Fame football coach Bill Parcells coming out of retirement to temporarily assume coaching duties for the heavily sanctioned NFL franchise came to a halt when world leaked out of Airline Drive that former New Orleans Saints head coach Jim Mora will once again return to the Saints’ sideline.

Though the details of Mora’s compensation package are unknown, the man who led the Black and Gold to their first winning season, playoff appearance and division title it was confirmed that contract was limited to the 2012 season.

Colfax reported that Mora was seen on a flight to Louis Armstrong International at 6:30 AM and briskly exited the terminal without comment and entered a black suburban with dark tinted windows.

Parcells, who embattled and soon to be suspended Saints head coach Sean Payton considers a mentor and had personally recruited to temporarily assume the helm, declined to end his retirement, which would have delayed his induction to the Pro Football Hall of Fame by another five years even for a one-season coaching stint.

Parcells was eligible for induction into the hall of fame earlier this year but was not voted in.

Some gridiron analysts see the Mora hire as a “win-win” for the Saints, including NFL Watch editor Thomas Hendricks.  “The Saints have practically lost the 2012 season between the Drew Brees contract distraction, the departure of key free agents and the loss of crucial draft picks and their head coach.  Bringing Mora back will generate some buzz and give him one last chance to win that elusive NFL playoff game,” said Hendricks.

John Breckinridge of The Pigskin Report concurred, opining on his website that “fans are going to pay attention just to watch the rants, with much inspiration from the Saints’ porous defense.”

The 77-year old Mora started his professional coaching career with the USFL’s Philadelphia/Baltimore Stars before joining the Saints in 1986.  In Mora’s first season with the Black and Gold, the team finished in fourth place in the NFC West though with a 7-9 record, one of the best in franchise history.  In the strike-shortened 1987 season, More led the team to its first winning season (12-3) and playoff appearance, as a wild card.  Mora had four more winning seasons as head coach and three additional playoff appearances, though success in the NFL post-season proved eternally elusive.

Mora resigned as head coach in 1996 in the midst of a sputtering 2-6 season.

In 1998, Mora assumed head coaching duties with the flailing Indianapolis Colts, ending his first season there with a 3-13 record.  In Mora’s next season, the Colts won the AFC East division with a 13-3 record though lost to the Tennessee Titans in the divisional playoff round.  Mora guided the Colts to another winning season in 2000 and a playoff appearance (wild card) though lost what would be his sixth and final playoff game, this time to the Miami Dolphins.

Mora’s last season with the Colts was in 2001.  After hanging up his headset, Mora became an analyst with Fox Sports and after being fired for making unflattering comments about then Atlanta Falcons’ quarterback Michael Vick.

Mora returned to New Orleans as a gameday analyst with local television station WDSU and his post-game tirades have been featured in Coors Light’s television commercials, including his rants about “Playoffs?!, “Diddly Poo”, “Coulda, Woulda, Shoulda,” and “April Fools’!”.

by  Mike Bayham, The Onside Kick

Read latest in Saints news
DO YOU AGREE OR DISAGREE WITH THIS COLUMN? LOGIN WITH FACEBOOK AND TELL US BELOW HOW YOU FEEL ABOUT THESE ISSUES. YOUR COMMENTS WILL APPEAR ON YOUR FACEBOOK PAGE. ALSO, IF YOU LIKE THIS COLUMN, PLEASE HIT THE RECOMMEND BUTTON BELOW AND/OR USE THE SOCIAL MEDIA BUTTONS. THANK YOU.

More in this category: « The best of April Fools Day, were you victimized? Tuesday Is Payton’s NFL appeals date, Hartley back for New Orleans Saints »
back to top