The best of April Fools Day, were you victimized? 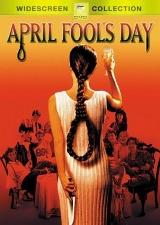 Have you been slapped with an April’s Fool’s joke, yet today?

Certainly, millions were victimized on this first day of April 2012.  Perhaps, those who forgot that it is the first day of the fourth month of the year, felt embarrassed after reading or hearing those immortal words, “April Fools”.

So, before the day is over, here are some of the best tweets and posts and links we have culled from Twitter, Facebook and elsewhere online.   What are your favorites?  Tell us below:

- Today Is April Fool's Day . Believe Nothing , And Trust No One . Sooooo It's Like Any Other day. Right?

Best time for April fool pranks is after dinner when everyone thinks it's over.

I think April 1st should be declared a national holiday in honor of all the fools in the world and obliged on the first Monday in April.