What other NFL Team Wants Parcells Besides New Orleans Saints? 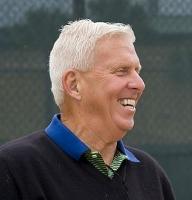 Now that Commissioner Roger Goodell has given an ok for the New Orleans Saints to select Bill Parcells as an interim coach to replace suspended Sean Payton, Mike Florio is reporting that the Saints are not the only team that has reached out to Parcells to coach this year.

The Saints will meet with NFL commissioner Roger Goodell this week about their appeals on the penalties handed out by the league for bountygate. It was thought Coach Sean Payton and GM Mickey Loomis would meet with the league on Tuesday, but that was changed.

While some writers are claiming Goodell’s ultimate verdict will come soon and even this week, there are now a report from NFL.com that says otherwise “Though NFL Commissioner Roger Goodell hopes to complete the appeals process in the New Orleans Saints "bounty" scandal by the end of the week, the reviewing of all the information by the appealing parties could delay any rulings, a source with knowledge of the situation said Tuesday.

The Saints aren't challenging the league's decision with hopes of overturning it, Payton just wants more time to spend with Loomis and his staff on operating without him for a season.

Bill Parcells is still being considered as a replacement for Payton on an interim basis, but I think the team would better off and bumping up an assistant coach to replace Payton and hiring Parcells as an adviser.

Former Saints linebacker Jo-Lonn Dunbar's two-year deal with the Rams could earn him $5 million if he hits all incentives. That's more than the Saints, who are tight against the salary cap, could afford to pay him.

The Saints lost a defensive tackle they could use today to provide one dimension they lacked last year: he's capable of penetrating the pocket.

Saints defensive line coach Bill Johnson was a believer in Anthony Hargorve, who had overcome off-field problems when the Saints (2009-10) gave him another chance to play in the NFL.

"The reason we lost Hargrove had nothing to do with actions off the field or performance on the field," said Johnson. "It was about an agent and general manager.." Hargrove played a situational role with the Saints

He was with the Seahawks last season and the Packers signed the free agent after last season. He didn't cost the Packers much. His one-year contract is $825,000 without a roster bonus.

He's capable of giving a defensive line a good push.

Ian Thomsen's glowing piece on the Hornets in last week's SI.com: ""In years to come, there promises to be a new cable TV partnership, the NBA All-Star Game will return to the city, the New Orleans Arena will undergo $50 million in improvements, and the franchise, in all likelihood , will be rebranded. The Hornets nickname, which followed he team to New Orleans from Charlotte in 2002, will probably be replaced by an identity more fitting to the city and personalized for better or worse."

I don't guess we can make a trade with the Jazz because that's out of the question.