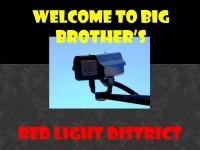 Yesterday, the Senate committee on Transportation, Highways and Public Works voted 4-2 to reject a bill that would have prevented Louisiana municipalities from using private companies to collect funds from motorists with unpaid traffic camera tickets. This measure was sponsored by State Senator J.P. Morrell (D-New Orleans). According to Morrell, these aggressive collection tactics damage the credit records of drivers. These collection agencies also harass citizens with threatening letters and obnoxious phone calls.

In New Orleans, city officials take collection efforts to the next level. They have approved the draconian measure of booting a vehicle with an unpaid ticket. It was just announced that New Orleans parking control officers will boot cars that have just one outstanding ticket. In the past, a motorist was allowed three outstanding tickets before receiving the nasty boot.

New Orleans is an example of a city that is flowing with funds from the red light and speed cameras. Approximately $20 million is collected each year, so the city is expanding the use of the cameras. There are now 67 cameras that have been installed throughout New Orleans. Not surprisingly, the cameras are concentrated in the high income areas of Uptown, Garden District and Lakeview. City officials claim that the tickets are being issued to protect public safety. Of course, such statements are pure nonsense. If public safety was the true goal, the cameras would be evenly dispersed throughout the many neighborhoods of New Orleans. Since that is not the case, it clearly proves that the cameras have been installed for one major reason, the money.

The committee vote reflects the power of the red light camera industry and their close ties to municipalities. The cash strapped cities want to continue with this funding mechanism despite concerns about the due process and constitutionality of these tickets. It also benefits the red light camera operators, such as Redflex, which is based in Australia.

The problem with the cameras is that they represent a clear case of taxation without representation. In most cases, the citizens of Louisiana are not being given a chance to vote on these cameras. When voters are given the opportunity to approve or reject the cameras, the people have overwhelmingly said not “no,” but “hell no.” In 2009, 86% of the voters in Sulphur, Louisiana rejected the red light cameras and escorted camera vendor Redflex out of town.

Such voter participation is anathema to the red light camera advocates. They know that public sentiment is opposed to the cameras. Therefore, the red light camera lobby and local officials will be working to kill another bill sponsored by State Senator Danny Martiny (R-Metairie) that will mandate a public vote before any of these cameras can be installed in a city.

The people of Louisiana are being fleeced at intersections across the state and have not had an opportunity to cast a vote on the system. In New Orleans and other Louisiana cities more and more cameras are being installed. After the tickets are issued, the municipalities begin to mercilessly badger the motorists with disturbing phone calls and emails and the threat of booting their vehicle.

While average citizens were harassed, city employees in New Orleans were exempt from paying the red light and speed camera tickets. This was the ultimate case of a double standard. When it was exposed in the media, the Mayor decided to rescind the policy and require city employees to pay their tickets just like everyone else.

Where does the money go? According to Morrell, "The vast majority of these fees don't go to the cities; they go to the companies that operate the cameras. "So, money flows from the hard working people of Louisiana to camera companies like Redflex based in foreign countries.

The system needs to be stopped. Either the Legislature will do their job or the people of New Orleans and other cities will launch petition drives to force this issue on to the ballot. It is time that the people of Louisiana took control away from the high priced lobbyists and their close friends, the politicians.

Jeff Crouere is a native of New Orleans, LA and he is the host of a Louisiana based program, “Ringside Politics,” which airs at 7:30 p.m. Fri. and 10:00 p.m. Sun. on WLAE-TV 32, a PBS station, and 7 till 11 a.m.weekdays on WGSO 990 AM in New Orleans and the Northshore. For more information, visit his web site at www.ringsidepolitics.com. E-mail him at [email protected]" target="_blank">[email protected].