Rednecks of the world, don’t tell me to speak English or leave 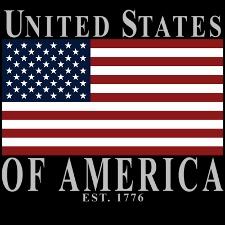 I was at a book fair recently, hawking some of my Lisburn Press publications, and I was asked to comment on the nation’s immigration problem. One fellow apparently didn’t like my response. “Oh, I know all about you writers out there with your fancy English degrees.  You think you have a lot more common sense then us rednecks.”

All right, I’ll admit it. I do live in a semi cosmopolitan city of Baton Rouge, received part of my education outside the U.S. and have traveled the world a good bit.  But you can’t take the Ferriday redneck out of city folks like me.  I have a pick up as well as an old SUV with 180,000 miles on it.  They both have driven the back roads of north Louisiana on many occasions. I laugh at, and mostly agree with, all the “you must be a redneck” jokes.  (You must be a redneck if you know instinctively that red wine goes with possum.)  And by the way, I have a great possum recipe coming out in my updated version of “Jim Brown’s World Famous Squirrel Stew and other Country Recipes.”

Anyone like me who came from the same southern country town that raised Jerry Lee Lewis and Reverend Jimmy Swaggart certainly qualifies as a card-carrying redneck.  So assuming you accept my credentials, you might be surprised at my reaction to a bumper sticker I saw while driving down a gravel road just past Frogmore, Louisiana.  (That’s right. Frogmore -- about 15 minutes west of Ferriday, if you check your map.) On the rear window of a truck ahead of me, the driver had displayed his feelings in no uncertain terms:  “You’re in America Now; Speak English or Get Out!”

Now I know it’s the political rage throughout the country to demand that English should be the official language.  And quite frankly, I agree.  That is, from the public perspective.  I occasionally get a bit irritated when I’m told to “press one for English, two for Spanish” etc.  If a U.S. governmental body insists on printing forms, giving tests, and processing governmental applications only in English, then that is how the process works.  It’s the law.

But here’s where states’ rights come in.  If any state feels the need to offer services in another language, that should be its prerogative.  In some areas of my home state of Louisiana, French is the only language spoken by older Cajuns.  Grocery stores in some small south Louisiana communities put up daily specials in French, and the southern part of the state has a number of radio stations that carry French Cajun music.  In the southeast corner of the state, a number of publications appear in Vietnamese to service the growing Asian community of immigrating fisherman.

But a strong “English Only” backlash is growing. In the recent Alabama governor’s race, Republican candidate Tim James makes no bones about his pandering.  His TV commercials cry out:  “We speak English, so if you cannot speak English, or refuse to speak English, get out of Alabama and our country.”

Here’s what widely circulated blogger Michael Murphy has to say about our language.  “I find myself becoming more and more indigent over how some neighborhoods in this country look more like neighborhoods in other countries. You want to go to a place that looks like China, I say go to China. This is America. Is it right that I can't go into a resturant on American soil without an encyclopedia? I mean, what the heck is rigatoni? I ordered it because their wasn’t spagetty on the menu and they said it was like spagetty, but it wasn’t. It was these strange tubes, so there liars too.

That’s right.  This guy’s comments circulate the worldwide web. (The multiple spelling errors are his, not mine.)  And hey, Michael, you don’t have to go to the orient to see what the world’s largest country looks like. Just check out the Chinatown sections of most major U.S. east and west coast cities.

So what’s up with this sudden assault on the multicultural speak in the U.S?  Take a look at Washington. The American job market has been annihilated, with unemployment still hanging around 10%.  We hear a lot about “trickle down.”  The disastrous economic policies, put in place by the Washington gang of both Republicans and Democrats, bailed out Wall Street but dumped on Main Street, and now have trickled down to the average Joe, who is fighting to keep his head above water.

So it’s easy to understand why this same Joe blames his economic woes on the so-called “illegal” immigrants that he sees working all around him.  As columnist Mark Crovelli writes:  “He sees foreigners mowing lawns all over town, cooking meals in virtually every restaurant he patronizes, and installing every roof in the neighborhood, and he reasons that his current plight is due primarily to the fact that these foreigners “steal” jobs that otherwise would be his for the taking.  However, the biggest insult of all, to his mind, is the fact that these foreigners don’t have the courtesy to speak his language, and yet they still manage to find and steal jobs from English-speaking Americans like him!”

This opens a whole new can of worms as to why so many “legals” cannot compete, or will not compete against half literate immigrants who don’t speak English.  When I drive around my home town of Baton Rouge, I see Latinos on their way to work cleaning my neighborhood houses, installing new roofs all over town, mowing yards, busing at many local restaurants, and maintaining local golf courses.  Employers say they would rather hire American workers, but just cannot find willing labor. Many of these same employers are taking Spanish lessons so as to better communicate with their growing workforce.

The problem is not in my neighborhood, or my city, but in the nation’s capitol.  Both Republicans and Democrats have continually dodged the challenge to find a comprehensive solution to the whole immigration mess that these same lawmakers allowed in the first place. Congress (both parties) created a housing bubble that attracted millions of Latinos to enter the U.S. illegally, and go to work on the overheated and unsustainable housing market that was desperate for new workers.  Paraphrasing Pogo, “We have found the problem, and the problem was created by those we sent to Washington.”

So, until congress finds the courage to have some backbone and face this immigration mess head on, the rest of the country has little choice but to stand by and wait, with the occasional quixotic jousting that we are observing in Arizona.

But what about “Speak English or Get Out?”  Look, I’ll stay out of your face and you stay out of mine.  Don’t tell me what language I can or cannot speak.  I don’t need big brother telling me what to do.  If I want to go around speaking any foreign language, that’s my right as an American.  I will not voluntarily stand by and let my redneck friend or Big Brother set the parameters as to how I can or cannot communicate.  When you tell me what language to speak, then you start down the path of telling me what I can speak, or whether I can even speak at all.

So to all my friends, redneck like me or otherwise, pick and choose your fights wisely. The problem is the overspending, money wasting, high taxing, and freedom limiting bureaucrats in Washington who lack the courage to set this country in the right direction with a little common sense.  You up there! Take care of the economic chaos you created.  And for goodness sake, leave me and poor Pedro alone.

Jim Brown’s syndicated column appears each week in numerous newspapers and websites throughout the nation.  You can read all of his past columns and see continuing updates at www.jimbrownla.com.  You can also hear Jim’s nationally syndicated radio show each Sunday morning from 9 am until 11 am central time on the Genesis Radio Network, with a live stream at http://www.jimbrownusa.com.


DO YOU AGREE OR DISAGREE WITH THIS COLUMN? Click LOGIN WITH FACEBOOK (You will be logged in) AND TELL US BELOW HOW YOU FEEL ABOUT THESE ISSUES. YOUR COMMENTS WILL APPEAR ON YOUR FACEBOOK PAGE. ALSO, IF YOU LIKE THIS COLUMN, PLEASE HIT THE RECOMMEND BUTTON BELOW AND/OR USE THE SOCIAL MEDIA BUTTONS. THANK YOU.