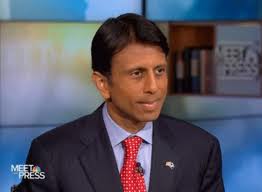 The pressure is on Louisiana's Governor Bobby Jindal as he competes for the Vice President's spot on the GOP ticket.  Judging by the audience he is trying to attract, getting slammed by certain groups such as this one might be just the  medicine that the doctor has ordered.

NEW ORLEANS, LOUISIANA - Despite a ruling by the Supreme Court of the United States, Louisiana Governor Bobby Jindal, a potential Republican vice presidential candidate, has said that he will not implement the Patient Protection and Affordable Care Act in his state.

Gov. Jindal has referred to this piece of healthcare reform as a “blow to our freedoms” and said that the “president had forced this law on us.” Despite the law being upheld by the Supreme Court, Jindal said Louisiana would “not set up an exchange” system.

In response, 3,800 Louisianans have joined with Adrienne Parks, a small business owner of 25 years and a New Orleans native, in an explosive petition on SignOn.org urging Governor Jindal not to let political partisanship take priority over the health of the people of Louisiana and to implement the Affordable Care Act immediately.

“I started a petition on SignOn.org because the Affordable Care Act would give us access to lower health care premiums and guarantee that we won’t be kicked off our insurance policy after paying into it for more than 25 years. We’re already hanging on by our fingernails,” explains Mrs. Parks. “Louisiana already ranks 48th out of all 50 states in terms of the number of poor people who are unable to get any insurance and are forced to rely on emergency rooms for care. We desperately need the health care exchanges that the President’s health care plan will bring.”

Although many Republican opponents of health care cite the negative effects the law would have on small businesses, as a small business owner, Adrienne Parks and her husband are acutely aware of the leaps and bounds the Affordable Care Act makes in providing health coverage for employees who previously had to live without insurance benefits. Before the Affordable Care Act, even with insurance, the Parks’ had the highest possible deductibles and have already paid more than $20,000 out of pocket over the past five years.

Under the Patient Protection and Affordable Care Act, states are required to set up health insurance exchange programs by January 2014, with the help of federal grants to implement these programs. Governor Jindal has instead stated he is not going to set up the health insurance exchange in the hopes that Mitt Romney is elected President and the legislation is repealed.

Recently, Jindal stated on a Republican National committee conference call, “It really raises the question of what’s next, what’s allowable,”. “Taxes on people who refuse to eat tofu or refuse to drive a Chevy Volt…this whole ruling I think is ridiculous. It’s a huge expansion of federal power.”

More in this category: « Mum is the word on Romney's Vice President Pick is the headline Greedy New Orleans Saints? Greedy Drew Brees? Fans upset and teed »
back to top