Jindal: Rockstar or Houndog or a VP Blue Moon 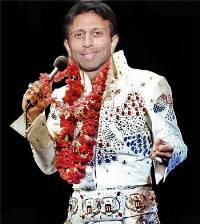 As the race for Mitt Romney’s running mate heads toward the final turn and the home stretch, Louisiana still has a horse in the race.

Governor Bobby Jindal is something of a rockstar with his recent spate of national cable news appeances, and his name is on a number of vice presidential shortlists being floated around by pundits across the country. As his stock rises in the media and conservative circles, many commentators who otherwise would take no notice of Louisiana have turned their attention to the state of the Bayou State under the leadership of its fast-talking conservative superstar governor.

Jindal has given political operatives and talking heads no shortage of bullet points to hit on while discussing the comparative advantage of an Indian-American governor from the Deep South versus a host of other potential candidates. From ethics reform, to education, to, now, a rejection of a federal mandate, newly minted by the Supreme Court, Jindal has been busy building his conservative credentials, all the while ensuring himself at least a courtship if not a date to the dance.

Here’s the most recent good, bad, pretty, and ugly from around the country:

Because everyone knows that, outside of the legislative process, wherein everything is pure and good and free of distractions, nothing politicians do or say should be taken seriously. I think Attorney General Bryant is going to need a bigger boat here.

Swinging downriver to Louisiana, we find that Governor "Bobby" Jindal has been allowed to proceed with his voucher program so that the state's schoolchildren may enjoy their freedom to get pellagra unshackled by the tyranny of health-care reform by learning that evolution sucks because of the Loch Ness monster. The argument that actually prevailed here was that not spending eight million bucks to finance Jeebus-nutty diploma mills will actually cause a deficit.

However, as Brian Blackwell, an attorney for the plaintiffs, said, "That's just kind of crazy. ... There's no way that not spending money can cause a deficit. When you don't fund something, you can't have a deficit. There's no deficit if you can't spend."

Personally, I blame the Napoleonic code.

Louisiana governor Bobby Jindal, a potential running mate for Mitt Romney, has thrown his support behind Washington State governor-hopeful Rob McKenna. While the contest to replace retiring Democratic governor Christine Gregoire will not be officially set until after an August 7 primary, it is expected to be a race between McKenna, the state’s attorney general, and Jay Inslee, who represented Washington in the 1st Congressional district.

Re: "Little griping heard on cuts from Jindal's camp; 'He's decided to take this stand' on health," Page A2, July 4. Someone once joked the Louisiana license plate motto should be: "At Least We're Not Mississippi." But that was before the time of Gov. Jindal, who seems quite willing to drive this state into a ditch to preserve his ideological purity with the far right.

Take Jindal's current plan to reject Medicaid dollars. Add that to his previous refusal to consider a modest cigarette tax increase, or his refusal to develop rapid transit between New Orleans and Baton Rouge. This list goes on. When Jindal's reign of error ends, with its scorched-earth austerity on the backs of the poor, the elderly, the disabled, the mentally ill and the chronically ill, perhaps Mississippi license plates will read, "At Least We're Not Louisiana."

The founders would be so proud of our Gov. Bobby Jindal for standing firm on his principles and not giving in to the teachers union and also keeping the state budget cuts where they are. He was elected by a strong majority to do what he said he was going to do. The people who do all the yelling and screaming are always going to complain because they are never satisfied. Change to them is taking over our lives and leaving the spoils for the next generations to clean up just so they can have all the entitlements they want now. Who cares about anyone else?.....

Our children have been brainwashed for far too long. It started early in the 1920s but in the 1960s when Madeline Murray O'Hare got her way about not referring to God in the public schools the socialists (I call them communists) have had a field day with what has been taught as truth when they are outright lies. We were warned about such people from childhood, and now they are out in abundance and very proud of their ideology.

People who have been taught this way seem to be void of substance. They have nothing to stand on but they sure know how to criticize what they don't understand, which is a Christian foundation

The rest of the list from Sen. Marco Rubio of Florida (Hispanic, young and Florida electoral votes) or Rep. Paul Ryan (Chairman of the House Budget Committee, brilliant numbers guy and seven terms in the House as a fiscal conservative) make up the three distinct leaders in consideration.

Also-rans include former two-term Minnesota Gov. Tim Pawlenty, who has never worked outside the Minneapolis metropolitan area, but fits the Romney model of a highly competent, scandal-free and conservative administrator.

In other words, vanilla.

Louisiana Gov. Bobby Jindal also has run a state competently. But he's still in his first term. Unlike a young Rubio who brings the ethnic bonus and a razor-sharp political intellect, Jindal has none of that exposure in a rather obscure Louisiana setting.

To see the first part of Bobby Jindal for VP: The Good, Bad, Pretty, and the Ugly visit:  http://www.bayoubuzz.com/buzz/item/26823-bobby-jindal-for-vp-the-good-bad-pretty-and-the-ugly