Is Life for Saints Not A Brees and Bountygate whistleblower or snitch? 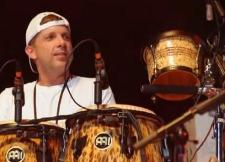 Is a former quality control coach the whistle blower in the New Orleans Saints Bounty scheme?  If so, is he a whistle blower or a snitch as some would call the person or persons who pegged the team?  TELL US BELOW.

During a Tuesday appearance on America's Radio New Network, filmmaker and author Alan Donnes said that former Saints quality control coach Mike Cerullo was a whistle blower in the bounty scandal that led to the wide-ranging sanctions for the Saints, according to CBSSports.com Rapid Reporter Larry Holder.

Is a former quality control coach the whistle blower in the New Orleans Saints Bounty scheme?  If so, is he a whistle blower or a snitch as some would call the person or persons who pegged the team?  TELL US BELOW.

During a Tuesday appearance on America's Radio New Network, filmmaker and author Alan Donnes said that former Saints quality control coach Mike Cerullo was a whistle blower in the bounty scandal that led to the wide-ranging sanctions for the Saints, according to CBSSports.com Rapid Reporter Larry Holder.

"Donnes described Cerullo as a disgruntled former employee who couldn't find after being let go after 2009 season," Holder wrote Tuesday."Donnes said Cerullo believed Sean Payton and Gregg Williams blocked Cerullo from getting a job in the NFL. Cerullo is currently a football program aide at Connecticut."

According to Ken Trahan of SportsNOLA.com, freelance filmmaker and writer Alan Donnes believes that former Saints defensive quality control coach Mike Cerullo was the one who implicated the team and tipped off the commissioner's office.

Donnes wrote a book entitled Patron Saints: How the Saints Gave New Orleans a Reason to Believe in 2007. Because of that, Donnes likely had his finger on the pulse of the team during that time frame.

Also, as reported on Bleacherreport.com, “Although there had been some speculation with regards to how the NFL found out about the New Orleans Saints' bounty system, there is now a name that may have been responsible for blowing the whistle on Sean Payton, Gregg Williams and the Saints.

The Saints have signed three linebackers this offseason -- Curtis Lofton, David Hawthorne and Chris Chamberlain -- so re-signing Casillas may not be a top priority.

If the Titans choose to sign an offer sheet, the Saints would have five days to match the offer. Because the Saints gave the lowest possible contract tender offer to Casillas, the Titans would not have to surrender any compensation to the Saints if Tennessee signs him.

Casillas has been in the league for three years, but missed the entire 2010 season with a foot injury. He played at Wisconsin in college, but was not drafted. He signed with the Saints as a free agent.

The 24-year-old Casillas played in 13 games for the Saints
starting five. He totaled 43 tackles, three sacks and two passes defended.

If a player plays in only 13 games in three years it may be time to change uniforms.

Saints defensive tackle Aubrayo Franklin, who was a disappointment last season, visited with the Seahawks on Tuesday. He's an unrestricted free agent.

Saints quarterback Drew Brees said the Saints will get past the bountygate.

Yes, Brees vowed to the San Diego media on Tuesday, his Saints will survive the scandal. Brees was speaking from the La Costa Resort and Spa in Carlsbad, Cal., where his annual celebrity golf tournament will be played  next month.

The Saints are tarnished, and now their leader is torn between a contract dispute and the desire to guide efforts to move forward.

"We're all disappointed," said the quarterback. "This is a shock to all of us, but whatever is thrown at us, we're just going to have to find a way to get through it, deal with it and stick together and stay strong."

Brees has been designated as the Saints franchise player for 2012 and he doesn't like that. He has not signed a contract for this season and therefore doesn't have to participate in offseason training or preseason games.

He can sign and report for the team's opening offseason workouts on Monday, but that is highly unlikely. He can hold out for the long-term contract he wants. That's the business part of the NFL.

"We're continuing to work hard on a long-term contract, and that's really all I can say about that," said Brees.

"That was hard for everybody to hear," said Brees. He was asked if he had ever been a target of a bounty program.

"When a guy has an opportunity to take a hit at the quarterback, he's going to take it," said Brees. "I'm not saying he's trying tio end your career, that he's trying tio give you a concussion, but between the knees and the neck, they're trying to take you out every time.That's football. We play a violet game."

The only player carted off the field during a Saints game from 2009 to 2011 was Saints running back Reggie Bush, who suffered a broken leg during a 2010 game against the 49ers. So while there may have financial incentives for Saints defensive players to cause a "cart off," no one ever succeeded.

A number of Saints will participate in the inaugural Black and Gold Hoops Challenge on Friday at 6 p.m. at the Brother Martin High School gym.

Tickets are $5 for students and $12 for adults and are available at www.westandasone.org.

Proceeds from the event will benefit the foundations of Saints players participating and the "We Stand As One! Love NOLA!{" initiative.

Saints backup quarterback Chase Daniel is launching his first business, a Dallas-based company called 10Star Apparel. Backed by the mufti-million dollar manufacturing company, B&E Enterprises. Daniel has locked arms with more than two decades of experience in the industry to promote businesses a turn-key solution for apparel or promotional needs.

"It's always been a dream of mine to own my own company that I can put as much work into it like I do each day in my football career," said Daniel."I love having a business in Dallas where I grew up, and being able to come back here and nurture relationships with local businesses and large corporations that  have supported me my entire life."

DO YOU AGREE OR DISAGREE WITH THIS COLUMN? Click LOGIN WITH FACEBOOK (You will be logged in) AND TELL US BELOW HOW YOU FEEL ABOUT THESE ISSUES. YOUR COMMENTS WILL APPEAR ON YOUR FACEBOOK PAGE. ALSO, IF YOU LIKE THIS COLUMN, PLEASE HIT THE RECOMMEND BUTTON BELOW AND/OR USE THE SOCIAL MEDIA BUTTONS. THANK YOU.