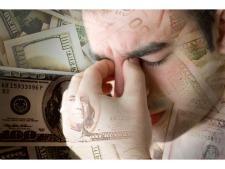 As the debate over changes to the Louisiana State Employees Retirement System, one particular red herring has come up in an attempt to stymie this legislation and avoid argument over the merits of an increased contribution of three percent employees would have to make. Unfortunately, it gained credence because of political reasons, and now must be batted away as a distraction from the real issues.

Some opponents to the increase claim that it is a “tax” and point to a ruling made last year by then-Speaker Jim Tucker concerning a bill that asked for the same increase that it was a “fee” or “tax,” in order to rule whether it needed just a majority or two-thirds vote to advance. No doubt a similar choice looms on the horizon for current Speaker Chuck Kleckley, with two other considerations also thus in the balance: this being an even-numbered-year sessions, tax increases are prohibited, and in any year they cannot originate in the Senate, as the current bill is.

It was a politically-motivated decision for the term-limited Tucker then had his eye on higher office, so seeming to cut off any increase might win him favors among state employees who voted (apparently not enough, as he subsequently lost a bid for secretary of state). As it was, the legal reasoning behind his opinion was exceptionally shoddy.

Besides the argumentation that decimated Tucker’s conclusion, the fact remains that federal jurisprudence specifically defines a Louisiana state government employee in LASERS as receiving deferred compensation, deductible when contributed but taxable when distributed as income, which is standard treatment for qualifying plans under the Internal Revenue Code. Put simply, you only can tax income even if deferred, not tax a tax itself, nor can an amount be both a tax and tax deduction simultaneously. And in any event, Tucker also then noted he would not consider the hike either a tax or fee if the additional money raised was put into funding the system, as the current legislation does.

Regrettably, this tendency for knee-jerk opponents of bill backer Gov. Bobby Jindal to try to rally against this and any bill that affects state government’s revenue stream has become more common, at witnessed by intellectually-deficient claims that tuition increases at state universities, for example, are “tax increases.” This bad trend impoverishes debate, and, on this issue, the public is served better by focusing on the merits of whether the generous nature of compensation for state employees generally means they should pay more of their share of their future benefits, rather than get hung up on sorting through dishonesty in term definition.

by Jeffrey Sadow, Ph.D.Visit his daily blog at Between the lines

More in this category: « How reformer, Louisiana Governor Jindal can really be transformational? Retiring Jindal Chief Deputy Nichols Facebook Post »
back to top