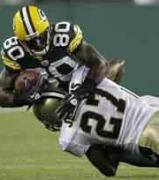 With the NFL draft approaching and the Saints front office and coaching staff obliterated by severe Goodell punishment, fans are waiting to hear exactly which players are being penalized given the NFL has already said that 22-27 defense players were actively engaged in the bounty program.

Here is how Jim Varney of the Times Picayune put the situation:

Still, the franchise and its fans spent another day on pins and needles Thursday wondering when Goodell will lower another boom on the Saints for the club's use of a bounty system on defense from 2009 to 2011. Already he has suspended Coach Sean Payton for the 2012 season, Loomis for the first eight games and acting coach Joe Vitt for the first six, to go along with the loss of draft picks this year and next and a $500,000 fine.That last point remained murky late Thursday, with speculation building that Commissioner Roger Goodell will issue his edict regarding those players today, rather than drag the issue into next week when the NFL wants the spotlight focused on its draft, one of the league's annual marquee events, and the influx of fresh talent, rather than on additional punishments meted out to New Orleans veterans.

On Thursday, Rodgers entered the fray by stating on "Rome," per the Milwaukee Journal Sentinel, "When you play this game you realize how violent it is and you also realize as a quarterback that the defense is trying to take shots and either rattle you a little bit to get you out of your rhythm or take you out of the game if they can,"

"However, I think the line is drawn when people knowingly take money for hits that cause injuries to another player. I think that's when the line gets crossed."

But, the NFL’s greatest duty is to the fans and that includes the New Orleans Saints fans whom  have done nothing at all but being dutiful supporters of their beloved team and the league.

In a judicial process where Goodell plays police, judge, jury and God, he owes the New Orleans Saints fans and the city a fair and expedited process so the team and the City can compete on a level playing field which already has been tilted against them.

Goodell has had an opportunity to pin the blame on those most responsible, the players, the coaches and the front office.  He could have fined them substantially without removing their ability to bring a product on the field worthy of the onerous ticket prices average citizens are asked to pay which money, in part, goes to help fund and sustain the NFL.

Instead Goodell is taking punitive action against the fans and continues to do so by not revealing his punishments, even as the team attempts to replenish the Saints in an absurd draft vacuum .

Draft picks too scarce for the New Orleans Saints to jump on Asante Samuel? - Who Dat Dish

More in this category: « New Orleans Dollar Bill Jefferson to finally call jail his home Louisiana's revenues running out of gas in budgetary sweepstake »
back to top