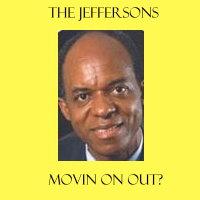 The long wait for justice is finally over in the “Dollar Bill” Jefferson case. The former Congressman will have to report to prison on May 4 to serve a 13 year sentence. He was convicted on bribery and public corruption charges.  While, it was the longest sentence ever issued for a congressman in a corruption case, it was less than half of what prosecutors had requested.

In 2009, Federal Judge T.S. Ellis III ruled that Jefferson could remain free while he appealed his conviction.  He was given extraordinary consideration partly because of the complex constitutional issues involved in the prosecution of a former congressman. The Jefferson case did set some precedent for it was the first time that the Justice Department searched a congressional office on Capitol Hill. Jefferson’s legal team argued that the search was unconstitutional and an improper intrusion into the legislative branch of government.

After much consideration, a three judge appellate panel of the 4th Circuit Court of Appeals unanimously rejected Jefferson’s arguments and requests for a new trial. In their decision, the judges noted “an ongoing course of illicit and repugnant conduct by Jefferson.” After their decision, it was no surprise that Ellis revoked Jefferson’s $50,000 bail and ordered him to prison.

During the last few years, Jefferson, under electronic monitoring, has been allowed to attend various social gatherings in the New Orleans. According to employee accounts, he has been a regular gambler at Harrah’s Casino in New Orleans. While he gambled his money away, many of his formerly neglected constituents patiently waited for justice to be served. Finally, seven years after $90,000 in frozen cash was discovered in his freezer and three years after his conviction, Dollar Bill Jefferson will pay for his crimes.

Jefferson was caught on video tape accepting $100,000 from an informant as part of a deal to bribe political leaders in Nigeria. Jefferson was illegally working with a Kentucky businessman to set up a telecommunications deal in Africa. It came to the attention of federal agents who set up a sting operation. In their initial affidavit in the case, agents noted that Jefferson "sought things of value in return for his performance of official acts."

The irony is that while Jefferson was working feverishly to bribe African leaders, he was totally neglecting his congressional district, which suffered from blight and crime and remains one of the poorest areas in the country.

Jefferson and his family have a long history of corruption with his sister, brother-in-law, and brother convicted of crimes. His former protégé, former Councilwoman Renee Gill Pratt, was also convicted of participating in a scheme to divert public funds from charitable activities toward personal gain. The network of family and friends worked through a political organization, the Progressive Democrats that did tremendous damage to New Orleans.  This corrupt, “pay for play” attitude prevented New Orleans from growing and keeping pace with other areas of the country.

The kingpin of the corrupt enterprise was “Dollar Bill” Jefferson, given that nickname because he was always looking for a political payoff in exchange for favors or endorsements. Today’s decision should be viewed as a positive step forward for the State of Louisiana. It is another positive signal that the state’s corrupt political system is finally changing for the better.

Jefferson’s lawyers will now appeal directly to the Supreme Court, but it is doubtful that the highest court in the country will even hear their case.  We will know the High Court’s decision by next fall. In the meantime, Dollar Bill Jefferson will be where he belongs, behind bars, giving at least some satisfaction to those who have demanded that justice finally be served for corrupt Louisiana politicians.

Jeff Crouere is a native of New Orleans, LA and he is the host of a Louisiana based program, “Ringside Politics,” which airs at 7:30 p.m. Fri. and 10:00 p.m. Sun. on WLAE-TV 32, a PBS station, and 7 till 11 a.m.weekdays on WGSO 990 AM in New Orleans and the Northshore. For more information, visit his web site at www.ringsidepolitics.com. E-mail him at [email protected]">[email protected]