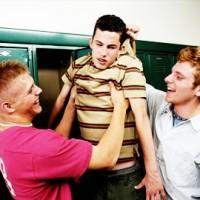 The following is a statement made by the Forum for Equality concerning recent legislation impacting gay and other students impacted by school bullying:

With a few swift notes and hollow testimony by his staffer Russell Armstrong, Gov. Bobby Jindal has attempted to sweep the School Bullying Prevention Act and the entire bullying epidemic under the rug. Watch portions of Russell Armstrong’s testimony: http://bit.ly/HYCsG0.

“It is outrageous, given national attention and support for anti-bullying legislation, and with the backing of the Stop Bullying Louisiana Coalition, that our governor and legislators display such flagrant disregard for the welfare of children this bill seeks to protect.” said John Hill, Chair of Forum For Equality Louisiana, “Instead they opted for blind, dated discrimination and prejudice.  How many children must be harmed before the governor and legislature realize the gravity of this?  They are painting Louisiana as a backward state whose leaders don't want to ensure children's safety.”

When the School Bullying Prevention Act (SBPA) was heard earlier this week by the House Education Committee, the Stop Bullying Louisiana Coalition filled the room with educators, disability and human rights advocates, school counselors, parents, students, bullying victims, social workers and friends and families of those who have taken their owns lives due to the bullying. These people have worked tirelessly to stop the epidemic of bullying in our state and spoke in favor of the School Bullying Prevention Act.

House Bill 407, SBPA,  served to fill some major gaps in Louisiana’s current, anemic anti-bullying law by more clearly defining the ways in which bullying occurs and listing examples of actual or perceived characteristics among children which could potentially put them at a higher risk for being bullied. The Bullying Prevention Act also unifies and expands the present law to include six parishes that are currently exempt from following a legislative anti-bullying policy.

The Legislature has an opportunity to right this outrageous wrong, and to put Louisiana in line with stopping this epidemic," said SarahJane Brady, managing director of the Forum For Equality. "Lawmakers need to think about the children and not bow to conservative extremists that don't want to help fight this problem facing young people every day."

Forum For Equality recommends that the governor and members of the Legislature should all see the tragedy that bullying causes in the recently released documentary film "Bully" that focuses on children who are the victims of bullying.