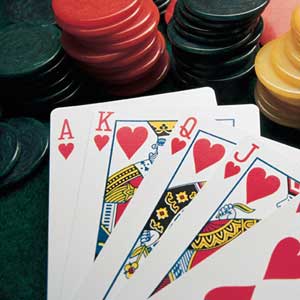 Las Vegas has the odds on Drew Brees signing a long-term contract with the Saints at 10-1 although we still have every expectation that Brees and the Saints will reach agreement on a long-term contract before Monday's 3 p.m CST deadline.  But, with each hour that passes without a deal, you have to have at least start thinking about hypothetical situations.

What if Brees is really serious about holding out? What if he holds out for all or most of the season?

ESPN's Pat Yasinskas, who covers the NFC South, looks at the situation and writes that it would be disastrous if the Saints were without the best player in franchise history and their unquestioned leader. But Yasinskas brings up that old NFL adage coaches and players like to use about "the next man up." He writes there's a lot of validity to that because the physical nature of the game means that a starter always is one injury away from being replaced by his backup and there are many stories throughout history of reserves doing wonderful things.

But if Brees isn't playing, the Saints are in huge trouble.

The other three quarterbacks on the roster, Chase Daniel, Sean Canfield and Luke McCowan, and it's possible the Saints could out and sign a veteran off the street. We'll start exploring those possibilities if  3:01 p.m. Monday rolls around and Brees doesn't have a contract or hasn't signed his franchise tender.

Could the Saints win, over the long haul, with any of the present quarterbacks? Maybe six games at best.

Daniel was running the first-team offense through most of the offseason program until a broken thumb put him down. He had taken a leadership role, something he picked up from Brees. But Daniel has completed only eight NFL passes. He doesn't have Brees' arm, arguably the most accurate in the NFL, or experience and real defenses would be a challenge.

Daniel is better than Canfield, but McCowan could be the wild card if Brees sits out. He has been floating around the league since 2004, but has never been able to nail down a full- time job. That means he has some limitations, but he is bigger, has a stronger arm and is more experienced than Daniel.

But McCowan would be like putting the quarterbacking into the hands of Mike Ditka's two Billy Joes, Tolivier and Holbert, the best Da Coach had back then.

If Brees misses part of training camp, as long as he's on the team by the third preseason game when the starters really play in the exhibition season, and that's for only a half. Make that the fourth game this year because the Saints play a fifth preseason game, the Hall of Fame exhibition.

Saints rookie DT Akiem Hicks was the keynote speaker at the Up21Us New Orleans Youth Sports Conference on Thursday at the Mercedes-Benz Superdome. The key issues discussed or the New Orleans community included youth violence, high drop-out rates and childhood obesity. Hicks credits a lot of his success to a coach that stuck by his side even when he struggled. "I had a coach who believed in me. He helped me to get where I am today," said Hicks. "It's very important to have the right coach or mentor."...

Drew Brees said he's been around the league long enough to understand how this works at times. He said in a lot of cases it goes down to the wire and you need a stopping point in order to bring everyone together and makes sure it gets done by then.

SOME hither, others yon: Saints tight end Jimmy Graham likes to get high. He likes flying a rented plane and he trains in the Colorado mountains in the weeks before the start of training camp.

Graham lives in Miami in the offseason, and spends plenty of time training with former Miami players Ray Lewis, Andre Johnson and others. The South Florida heat is one thing and so is the humidity in Metairie where the Saints train.

But heading to the ski resort town has become part of his ritual for two or three weeks of running and lifting, along with hiking and mountain biking (logging at least three hours and 35 miles a day).

"For me it's the community. For me I feel like everyone is working out Last movie you can watch is 8 p.m. People are in bed at 9 p.m. to go hiking at 6 a.m. To be around that  is a great atmosphere."

NFL Films' Greg Cosell ranks Andre Johnson as the best WR in the league followed by Calvin Johnson, Larry Fitzgerald, Steve Smith and A.J. Green...Curtis Johnson's first recruiting class at Tulane ranks No. 31 and is No. 1 among non-BCS schools...Drew Brees says his signing a long-term deal with the Saints will go to the wire. He shares that prediction with most of the local pressboxers, including this former literary lion...

The annual Manning Passing Academy begins this weekend in Thibodaux as Archie, Payton and Eli impart the wisdom behind their NFL success to some of tomorrow's star quarterbacks, Tune into NFL Network on Friday for the latest reports from the camp...Think you have what it takes? Sign up for the NFL Fantasy Ultimate Experience league and compete for great prizes, including autographed memorabilia, trips to NFL events and more..

Federal officials touted a program on Thursday that shut down 70 websites across the country for allegedly selling fake NFL,NBA, MLB, NHL and NCAA jerseys. The fakes were making a buck by tricking consumers in to believing they were buying name brand products from legitimate websites when in fact they were buying counterfeits from illegal sites...While on LSU and Saints legitimate collectibles, you may visit Louisiana Sports Talk...

Discuss the Brees-Saints negotiations: Who's at fault?