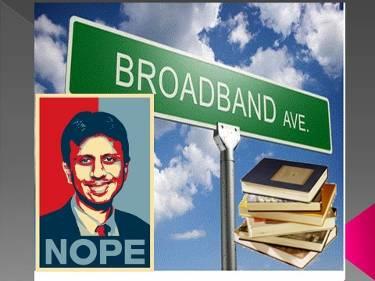 Well, it’s back—perhaps to bite him in the gluteus maximus.

State Superintendent of Education John White has released a report that shows Louisiana public school students and teachers are lacking the technology to enter the digital age.

The Louisiana Technology Footprint report discusses technology guidelines that provide a snapshot of the current state of digital readiness of school districts and campuses in the state.

Louisiana Believes, the highly-touted plan by the department includes, among other goals, one for all schools to be digital-ready by 2014-2015.

The report provides districts with an initial footprint picture of network, bandwidth and device requirements need to fully implement online assessments by the 2014-2015 school year and full digital readiness thereafter.

Only five districts—Ascension, City of Bogalusa, Red River, St. James and FirstLine Schools of New Orleans—meet the minimum device readiness requirements and only two—Ascension and St. James—meet both device and network readiness guidelines for online testing, it said.

It was last Oct. 26 that the National Oceanic and Atmospheric Administration Division (NOAA) issued its final termination letter for the grant after repeated efforts to get the state to comply with its request for additional information.

The project, which LouisianaVoice learned was opposed by the American Legislative Exchange Council (ALEC), would have created 900 miles of cable over 21 rural parishes in Louisiana and would have supported several Louisiana universities with expanded optical fiber networking capacity.

That could have complimented the Board of Regents’ $20 million Louisiana Optical Network Initiative (LONI) project, designed to extend high-speed networking capabilities in the state.

But Jindal, whose wife’s charitable foundation received considerable funding from AT&T, apparently preferred that the project be carried out by private companies—such as…oh, say AT&T, for example.

The governor refused to re-apply for the grant because what he termed a “heavy-handed approach from the federal government that would have undermined and taken over private business.”

U.S. Sen. Mary Landrieu call Jindal’s stated reason “hogwash.” She said the grant would not have interfered with private enterprise and in fact, would have granted money for private companies to lay the cable. “We weren’t trying to create a government broadband system,” she said.

Almost a year before the final rejection of the grant, ALEC, at its annual meeting in San Diego in August of 2010, passed a resolution opposing initiatives targeted at providing universally accessible broadband service because of “the unnecessary, burdensome and economically harmful regulation of broadband internet service companies, including the providers of the infrastructure that supports and enables internet services…”

Looks like someone forgot to tell White about Jindal’s opposition to expanded availability to that evil internet.

In fact, White, in his report, encourages school districts to join a statewide consortium that will aid in consolidated purchasing and contracts as well as providing technology services and support.

Wonder who’ll get the contract to form that consortium?

More in this category: « Odds are against Brees and New Orleans Saints signing long-term deal Race is in the cards in Louisiana Supreme Court race »
back to top