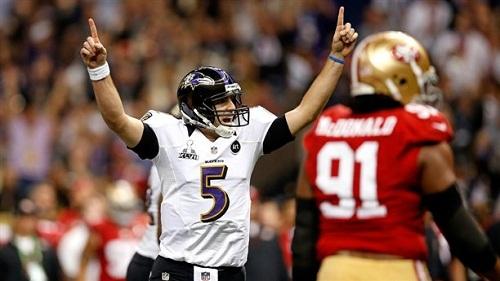 What a score for , , and Jefferson Parish!  Super Bowl XLVII was a super hit.  The game was spectacular, halftime was incredible, and the fans who visited our great city were well pleased by their experiences.

Putting on such an event is a major effort involving many people and organizations including the Greater New Orleans Sports Foundation, a group that brings many major sporting events to our city and community.  The group may not be well know to a lot of locals, but their reputation throughout the United States for putting on major sporting events is well known.  Super Bowls, men’s and women’s Final Fours and SEC regional and championship games, the R + L Carriers New Orleans Bowl, the Bassmaster’s Classic, and the NBA All-Star game come to New Orleans in large part thanks to the efforts of many people and organizations including the Sports Foundation which takes a major leadership role and deserves credit for a job well done.

No trip to is complete without a visit to some of the finest restaurants in the world.  Restaurants were busier than ever, and several were featured on national television including Drago’s Seafood Restaurant at the Hilton New Orleans Riverside.

Also in line for credit is Family Gras sponsored by the Jefferson Convention and Visitors Bureau.  This annual event attracts thousands of people who gather on the neutral ground in front of and Whole Foods Market and Jared Jewelers on .  This year’s performances were highlighted by Saturday night’s appearance of Frankie Valli who at 78 years of age has a voice as strong and talented as it was in the 50’s, 60’s and 70’s.  His performance was memorable.  Many locals in attendance and many fans from and were in attendance too.

If there was one problem, it was the incident in the second half of the game itself, after the Raven’s kickoff return for a touchdown, when many of the lights in the Mercedes Benz Superdome went out.  To those announcers, writers, and pontificators who want to criticize what happened, as if it was a planned event by the city or the dome itself, you are proof that some people will look for any reason to be negative. To me it was just one of those things that can happen at any live event.  In an outdoor stadium, like next year’s Super Bowl, the NFL runs the risk of snow storms and blizzards preventing fans from getting to the big game.  Sports writers are already complaining about potential traffic issues, and the game is a year away.  In a dome stadium in 2013, it was the lights.  So what?  The game went on and became much more competitive than it was up to that point.  Lighten up, guys!  It’s live entertainment.

The big news by the local newspaper that the mayor of was buying his own tickets to the Super Bowl courtesy of the New Orleans Saints and whether or not the governor of the state was doing the same thing was so absurd.  The Super Bowl is a big event attended by many corporate big shots.  The mayor should be at the game and so should the governor, and the local newspaper should not be implying that either one of them is doing something wrong by buying their own ticket to attend.  I hope the mayor and governor did attend so they could represent our city and state to the corporate giants and big time investors who can give a major economic boost to our region by locating their businesses here and investing in .

So despite the lights delaying the game and misguided criticism by some of the media, this weekend was one of excitement and out of the park entertainment.  It was good for the city, the region, and our state.  looked fabulous and stood out as a place to visit and maybe more.   The lights shined brightly on our state, city, and region this past weekend, and we all have much to be proud of.

More in this category: « Bad news as Carjacker Kills Good Samaritan in New Orleans Will Gusman Run For New Orleans Mayor vs. Landrieu? »
back to top