A cry for help on Governor Bobby Jindal's Facebook Page 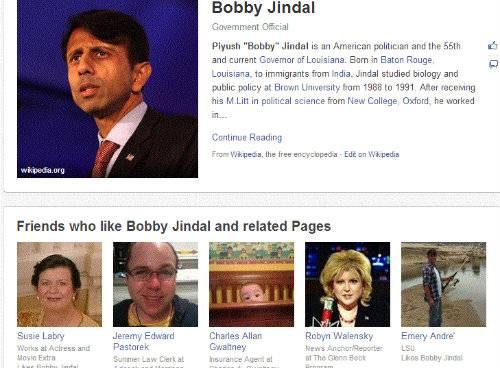 The Internet has been described as the great democratizer, the great equalizer, free-speech alley, and so many other interesting monikers equating to giving those without any voice, a giant megaphone.

Often, regardless of the reach of this new media, those voices are not heard at all.

The rise of social media has enabled people to speak out when they have a grievance. It also allows our politicians and government officials to set the agenda, to propagandize, to inform and to reach the public without the “bias” of the media.

Our Louisiana governor, Bobby Jindal, appears to have used the Internet as well as anyone.

I receive his frequent emails which he uses to highlight his accomplishments, his pet legislation and his politics.

This morning, when taking a web cruise I came across a Facebook page entitled "Bobby Jindal, government official".

There was nothing different from what I had been expecting. It displayed the normal pictures of his friends and his accomplishments.

As a scrolled down the page, I came across a post that appeared rather odd.

The post is from Joey Sanders Falgout who as described on the post is a student at UNO.

Above it, states, “Posts by my friends about Bobby Jindal”

After reviewing Mr. Falgout's plea, something just did not add up. Why would Governor Jindal or staff allow a post that appears to be so critical of him to remain on his Facebook page for such a long time?

Then, why not? After all, Governor Jindal is government transparency personified. He and others often tout his “Gold Standard” ethics legislation that has provided to him rave reviews around the country.

Well, kinda of. Others, take issue. They claim that the transparency does not apply to him or his office at all citing examples of administration officials refusing to comply with requests for information under a veil of executive privilege that some legislators insist was never contemplated by the 2008 legislation.

But, still, even assuming that the governor is the epitome of openness, I asked myself, why would he allow a Facebook post that reeks with such anger and an emotional appeal that does not appear to put him into the best of lights.

After scratching my head and doing some further googling, I believe I now have the answer.

I do not know if Mr. Falgoust has received the help he has requested. Nonetheless, let us hope that he has been served. After all, despite the noise and the bad roads we read about on social media and the electronic informrtion super highway, sites like Facebook indeed have the power to be the face of those who need a friend or friends at their very times of need.

More in this category: « GOP Empire Strikes Again Against Gingrich Who's On The Louisiana Political Saints & Aint's Team Of 2011 »
back to top