Jindal feathers Romney VP nest while Louisiana gets bird or it soars? 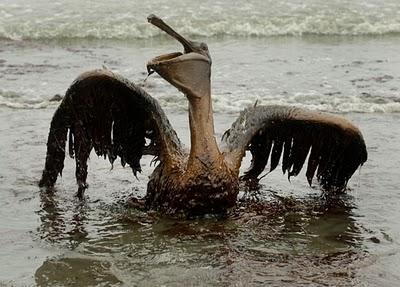 While Louisiana Governor Bobby Jindal did not make it on the national talk shows today, the first Sunday over the past two weeks in which he was not a featured guest, one can bet he will receive his share of television coverage this week. In fact, on Monday, he will be embracing his possible future running mate when Mitt Romney visits the state on a campaign run.

Jindal has been running across the nation in recent months, becoming very visible in campaign jaunts of his own, first supporting Rick Perry and then Mitt Romney plus helping GOP leaders and organizations win their respective races in their states.

Virtually every news publication on the planet is now saying that Jindal is on the short group of names on Romney’s Vice President pick.  Some suspect that Romney might actually choose his running mate as early as this week since the presumptive Republican candidate is traveling oversees prior to the convention.

The news and opinions about Jindal have been a mixed-bag.  All of them appear to acknowledge the remarkable comeback since his flubbed anti-Obama State of the Union speech, early in Obama’s administration.

Most of the opinion pieces praise the governor’s intellect and his role during various crises such  as Gustav and the BP oil spill.

There are others which argue that Jindal has caused the economic health crises Louisiana is now encountering and that his education legislation is ill-conceived and was built to feather his own national image nest with the state, let's say, getting the bird.

In the third segment of Jindal: “The good, the bad, the pretty and the ugly”,  Bayoubuzz.com takes another look at what others are saying about the Louisiana Governor both home and in the national media.  Take a look:

Jindal is not as well known nationally, but his resume is remarkable: Rhodes Scholar, health policy expert, Louisiana State University chancellor, congressman, two-term governor. However, his State of the Union response in 2009 was widely panned, leaving the lingering perception that he is not ready for prime time. Ryan, who was shamelessly demagogued for his 2012 and 2013 budgets, would saddle Romney with that political baggage and has never been elected to anything other than Congress. Moreover, both Jindal and Ryan are young.

Mitt Romney has a choice to make.

He has to pick a running mate, a choice that he might announce as early as this week. But how to decide?

Potential running mates who might create “excitement,” some Republicans said, include U.S. Rep. Paul Ryan of Wisconsin, considered the driving intellect in the party’s argument to reduce government spending. Louisiana Gov. Bobby Jindal also is a favorite with some budget-conscious Republicans, and has participated in several rallies as a Romney surrogate.

“Governor Romney is being extremely deliberative, and he’s taking his time. He’s talking to prospective nominees, and the vetting process is extraordinarily thorough,” Priebus said.

Reporters looking for clues about the choice have largely come up empty. The website romneyportman.com has been taken, but so has romneyrubio.com, romneyjindal.com, and several other romney-plus-a-possible-candidate.coms.

The Olympics opening ceremony is July 27, and London-related h

Tom Rath, a senior Romney adviser, said Romney was likely to consider “how they fit together, and can he run the country?” as he weighs choices. Portman is one of many names on unofficial lists. Also mentioned: former Minnesota Gov. Tim Pawlenty, New Hampshire Sen. Kelly Ayotte, Florida Sen. Marco Rubio and Louisiana Gov. Bobby Jindal. All have campaigned for Romney in swing states recently, trips that also served as unofficial tryouts.

The survey results also shows that "100 percent of participating schools have Internet access, however 98 percent reported having experienced Internet or network congestion, school-level network hardware that limits connectivity, none or limited bandwidth of wireless access in school sites and dwindling IT staff to support technology expansions."

Public Service Commissioner Foster Campbell said schools wouldn't have an Internet problem if Gov. Bobby Jindal had not rejected an $80.6 million NASA grant offered to the state to provide high-speed Internet to under served areas.

"He gave away $80 million," Campbell said. "Out of 240 grants given across the United States, Louisiana was the only state to reject it.

"If schools don't have adequate Internet, Mr. White needs to talk to his boss and Commissioner of Administration Paul Rainwater," Campbell said. "They're the reason we don't have high-speed Internet in rural areas. This was a gift to people who needed it, but Bobby Jindal lives in a country club world."

Campbell said Internet providers won't come to the areas that would have been served by the grant because it isn't profitable enough.

Mitt Romney today is headed to his lakeside retreat in Wolfeboro, N.H., on Friday for a three-day weekend, and all signs point to the GOP presidential nominee hunkering down to mull his shortlist for running mates.

Time is running short for Romney to make his selection in advance of the Republican convention in late August. Moreover, Romney is headed to London for the Summer Olympics, which begin July 27, followed by a trip to Israel, his first overseas foray as the presumptive nominee. That’s just two weeks away. If he remains abroad for a couple of weeks, that doesn’t leave much time before the Aug. 27 convention opens in Tampa, Fla.

Several of the presumed short-listers were trotted out during a weekend retreat in Park City, Utah, that Romney’s campaign organized to brief their top donors on the state of the race and to allow them to hobnob with the party’s top talent. Pawlenty, Portman, Jindal, McDonnell and South Dakota Sen. John Thune attended portions of the tony event. Former Secretary of State Condoleezza Rice’s speech was lauded by many donors. She is viewed as a longshot because of her close ties to the Bush administration, but her possible candidacy sparked renewed speculation late Thursday when the Drudge Report website posted a story saying she is still in the running.

Jindal has painstakingly worked to repair his image since then.

He did it by governing in line with his rock-ribbed conservative beliefs and showing leadership at critical times in a state often regarded as dysfunctional at best and corrupt at worst.

"He's a real powerhouse," said Republican consultant Matt Mackowiak, a Texas native who runs a political and communications strategy firm in Washington and doesn't work for Jindal. "He's as good as it gets from a conservative standpoint."

In office since 2008, Jindal has rejected any tax increases, despite repeated rounds of budget cuts to education and health care. He also pushed into law a statewide voucher program and other initiatives that give Louisiana one of the most expansive school choice programs in the nation, a big priority for the conservative base of the party.

Even so, Jindal has drawn his share of criticism in the state, including from fellow Republicans.

Some fiscal conservatives in the Louisiana House don't like the governor's approach on budget matters, saying tha

t using patchwork funding to pay for ongoing state services is at odds with his rhetoric of needing to shrink the size and costs of state government. Teacher unions and local school boards have sued over the constitutionality of his education revamp, and critics have complained about his deep cuts to state higher education funding. His ethics overhaul also has received criticism that it damaged enforcement.

Louisiana Democrats and other critics say that Jindal is pandering to national party interest and partisan politics at the expense of the state's needs.

The Jindal administration unveiled part of its plan to close a nearly $860 million hole in the state’s health insurance program for the poor Friday, with the brunt of the reduction falling on the LSU hospital system.

LSU's network of charity hospitals and clinics faces massive cuts after Gov. Bobby Jindal's administration decided that the largest share of new Medicaid reductions will fall on university-run facilities that care for poor and uninsured patients.

The Department of Health and Hospitals said $329 million of the nearly $523 million in cuts announced Friday — nearly two-thirds of the budget reductions — will hit the public health care system run by LSU, which also provides the lion's share of medical education and training in Louisiana.

The steep drop in funding to the safety net hospital system comes at a time that Jindal also decided against expanding the state's Medicaid program under the federal health care law starting in 2014 to take care of more uninsured patients, even though the federal government would cover most of the initial costs.

Mitt Romney has said that he will run America like a corporation. Considering Bobby Jindal’s background is in education and healthcare, two systems headed for disaster under his watch, maybe Louisiana’s governor doesn’t have the work product to prove that he’s ready for the job.

Romney is headed to Louisiana early next week, let’s see if there’s any chemistry between the two.

In addition, Governor Jindal has implemented a school voucher system that deregulates the K - 12 educational system in Louisiana. Jindal’s plan requires little to no accountability. Schools with no universal curriculum -- some teaching students from DVDs, some side-stepping over proven science and history -- will receive taxpayer money to poorly education Louisiana’s children. Several lawsuits were filed against Jindal by the Louisiana Federation of Teachers. In addition, an effort entitled “Recall Bobby Jindal” has been launched to remove the Governor and some of his legislative allies.

Governor Jindal understands business,” said Daniels. “You can't always be popular. As president, you're depending on him to see ten or fifteen years down the line and to make decisions that will allow the next generations to enjoy the same opportunities that you have today.”

“He has the ability to turn the country around,” said Daniels. “He's proven that in Louisiana.”

IS GOVERNOR DOING A GOOD JOB IN LOUISIANA?  TALK ABOUT THIS ISSUE BELOW